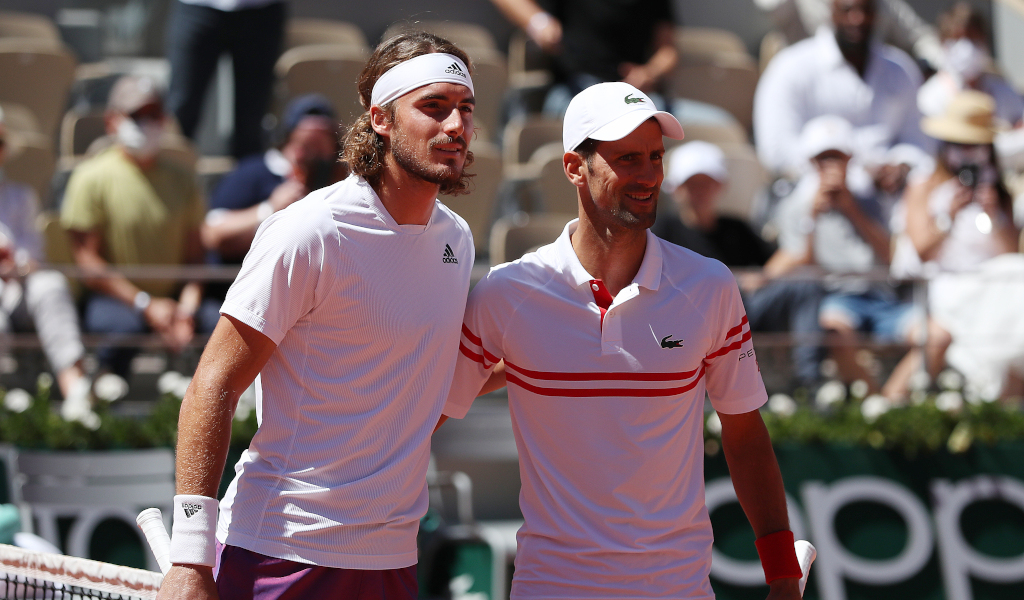 Novak Djokovic is one win away from lifting a third title in three tournaments as he will take on Stefanos Tsitsipas in the final of the Astana Open on Sunday.

Having won the last two tournaments that he played – Wimbledon in July and the Tel Aviv Open last Sunday – Djokovic made it 15 wins in a row on Saturday, although he didn’t get that “game, set, match” feeling after the semi-final as Daniil Medvedev retired at the conclusion of the second set with the score 4-6, 7-6 (8-6).

The fourth seed admitted after the match that he was second best for most of the encounter, but he just hung in there and kept his hopes alive.

“I would probably say he was a better player on the court in both sets,” he said. “I was fighting and trying to find a way.

“I found a way to win the second, but I’m just sad for the tournament and for these people who were enjoying the battle, and for Daniil that it had to end this way.”

He will face Tsitsipas in the showpiece match after the Greek booked his ticket with a 4-6, 6-4, 6-3 win over Andrey Rublev.

Whereas Djokovic spent one hour and 48 minutes on court on Saturday, Tsitsipas and Rublev battled for two hours and 10 minutes.

“I hit with a lot of variation and mixing and it went my way towards the end,” Tsitsipas said. “I stayed completely within my game. There were a few things I worked out.”

What time is the Novak Djokovic vs Stefanos Tsitsipas match?

The showpiece match in Nur-Sultan gets underway at 11:30 UK time on the indoor hard courts at the National Tennis Center.

It will be Djokovic and Tsitispas’ 10th top-level match with the former leading the head-to-head 7-2. The Serbian has won the last six clashes between the two.

How to watch the Novak Djokovic vs Stefanos Tsitsipas match

Amazon Prime has the exclusive broadcasting rights for ATP events in the United Kingdom and Ireland and you can catch all the action on your TV, laptop, desktop, smartphone, etc.

Tennis Channel airs tennis tournaments in the United States with a TSN covering Canada with ESPN the go-to channel in Latin America.

You can catch the action on beIN Sports in Australia, the Middle East and North America while SuperSport and Canal+ broadcasts ATP 500 events in Africa.