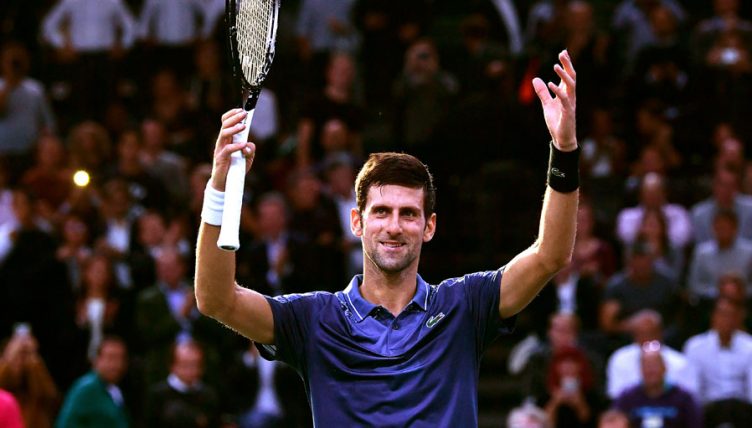 Novak Djokovic says reclaiming the world number one spot has been a “phenomenal achievement”.

The Serb started the season outside of the world’s top 20 after suffering with a serious elbow injury, but has fought his way back to his best in the second half of the year.

He regained the top spot in the ATP rankings this week when Rafael Nadal withdrew from the Paris Masters with injury.

Djokovic moved into the tournament’s quarter-finals on Thursday after third-round opponent Damir Dzumhur retired hurt, giving him time to reflect on his eventful 2018 season.

“Reflecting on what I’ve been through in the last year, it’s quite a phenomenal achievement,” said Djokovic, who won both Wimbledon and the US Open this summer.

It’s a case of wait and see for Rafael Nadal​ in terms of the #ATPFinals https://t.co/d8NAauZyOh

“I’m very, very happy and proud about it. Five months ago, it was highly improbable considering my ranking and the way I played and felt on the court.

“I’ll probably be able to speak more profoundly about it when the season is done and hopefully if I get to finish as number one.”

Despite his brilliant form, though, he insists he is taking nothing for granted with regard claiming the coveted end-of-season world number one spot.

“Rafa obviously is struggling with injuries since the US Open, but the race is still there.

“It depends who is going to play the ATP Finals in London. So as I said, I can’t be too ecstatic about it.”