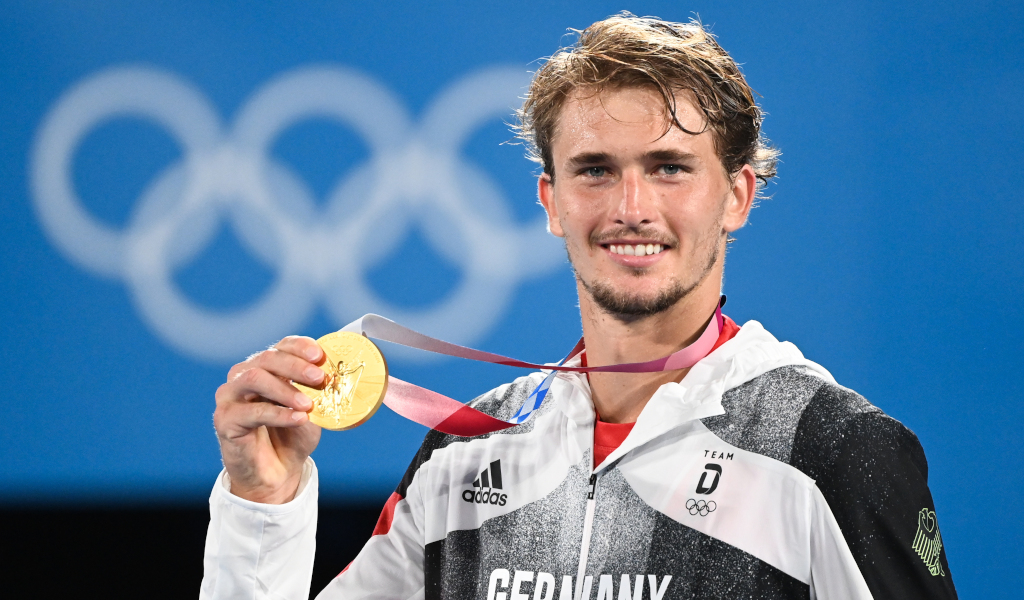 Fresh from winning one of the biggest tennis titles in his career, Alexander Zverev continued his good form as he broke his duck at the Western & Southern Open.

It was a case of seventh time lucky for the German as he had lost his six previous matches at the ATP Masters 1000 event, but he finally grabbed his breakthrough win with a 7-6 (7-3), 6-2 victory over giant-killer Lloyd Harris in the second round.

Shades of the 2018 ATP Finals championship point…@AlexZverev with an impossible angle on set point vs Harris!#CincyTennis pic.twitter.com/ABfTsexMFG

After edging Harris – who has beaten the likes of Rafael Nadal, Dominic Thiem and Stan Wawrinka this year – in the tie-breaker, Zverev broke twice in the second set.

“I’m happy with how I am, I’m happy where I’m at and I’m happy to get my first win in seven years here,” the third seed said. “It’s obviously a great start to the week.”

The win was Zverev’s seventh in a row following his success at the Tokyo Games.

“It’s great. When I came on court and they said Olympic gold medalist, it did give me goosebumps,” he said. “It made me a little nervous at the beginning of the match, I have to say because it is a special feeling.”

Up next is Guide Pella after the Argentine beat Fabio Fognin 6-1, 7-5.

Meanwhile, top seed Daniil Medvedev set up a clash with Grigor Dimitrov on the back of a 6-2, 7-2 victory over Mackenzie Macdonald.

“Mackenzie can play good. Everybody who is in the second round of a Masters [1000] can play good tennis, we all know this,” the Russian said.

“It’s not easy to go from winning a tournament to another tournament in different conditions. You’re tired physically, especially in the first matches because then you get into the tournament and it gets easier.

I’m really happy that I managed to win quite easily. I was fighting a bit more for every point, trying to finish as early as possible.”