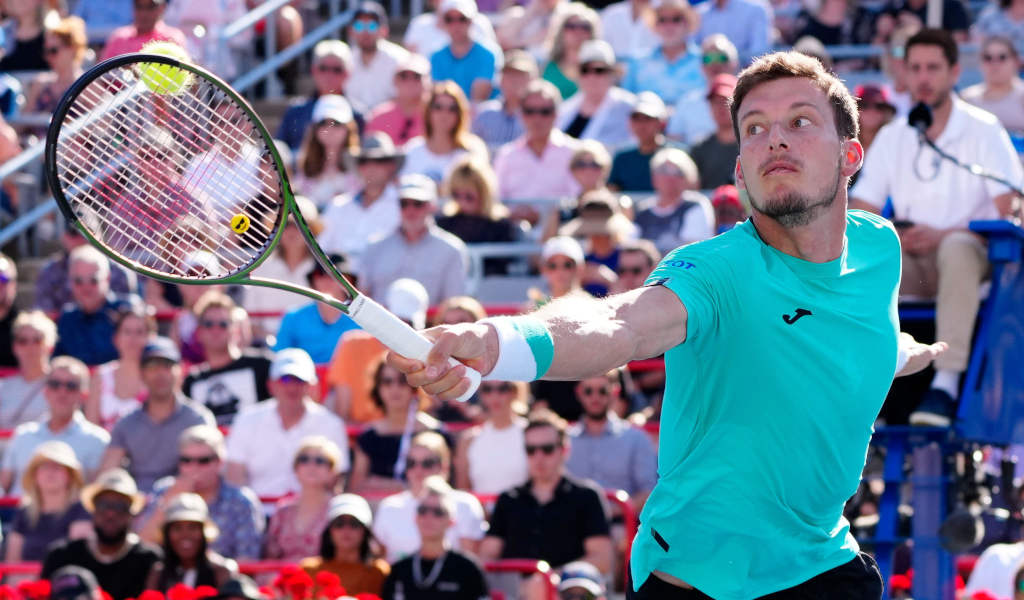 Pablo Carreno Busta displayed resilience and found form to claim a 3-6, 6-3, 6-3 victory over Hubert Hurkacz in the Canadian Open men’s singles final in Montreal on Sunday.

Carreno Busta had to work his way back into the match by dialling up his aggression and the 31-year-old locked in his return and as he took control of the final two sets.

Carreno Busta earned his breakthrough in the third game of set three as he closed in on the biggest win of his career.

He then converted his third break point of the match to seal a Montreal Masters final victory.

Neither man could exert dominance through their serve, but both stayed out of trouble in the first two sets save for one loose service game.

Carreno Busta came undone in the sixth game of the opener, however, and Hurkacz sealed the set with an ace.

Hurkacz handed Carreno Busta a lifeline with an error-strewn opening service game in set two, and the match hung in the balance.

There would be no further break points in the set with Carreno Busta doing enough to close it out and send the match into a decider.

The Spanish player clinched that second set with an unreturned serve and just 40 minutes later, was crowned the 2022 Montreal champion.

Then both competitors left the court for a toilet break prior to the deciding set, and it seemed that Hurkacz might immediately benefit.

Hurkacz threatened at deuce on return in the opening game of the third set, but Carreno Busta’s ground game got him out of trouble.

Carreno Busta played his best tennis of the year, and his return game was on fore to earn him a break for 2-1.

The point of the match and perhaps the entire ATP Tour season so far came with the Spaniard serving at 3-2.

Carreno Busta was at full stretch to run down a lob and had to use a desperate lunge to make some contact and float up a return with his back to the court and his momentum carrying him towards the back wall.

The sky-high lob swirled enough to trouble Hurkacz, who let the floated shot bounce unsure if it would land in but that left him backed up and saw the in-form Spaniard find a great counter.

The Spaniard dazzled with his epic grand finale; a flying backhand-volley winner, which led Hurkacz to send his racquet into the court in frustration.

Carreno Busta will surge up nine places to be World No 14 in the ATP Rankings this week.

The Spanish No 3 is also up to 11th in the ATP Race To Turin, jumping 18 places.