Roger Federer and Rafael Nadal are on a Paris Masters collision course after the draw revealed a possible semi-final clash between the two iconic rivals.

Nadal, meanwhile, will have to fight his way down a path that contains potential match-ups with Stan Wawrinka, Matteo Berrettini, and defending champion Karen Khachanov.

The other half of the draw is headlined by world number one Novak Djokovic, who has been handed a tough draw with Diego Schwartzman and Roberto Bautista Agut, and Stefanos Tsitsipas standing between him and a potential semi-final clash with Daniil Medvedev. 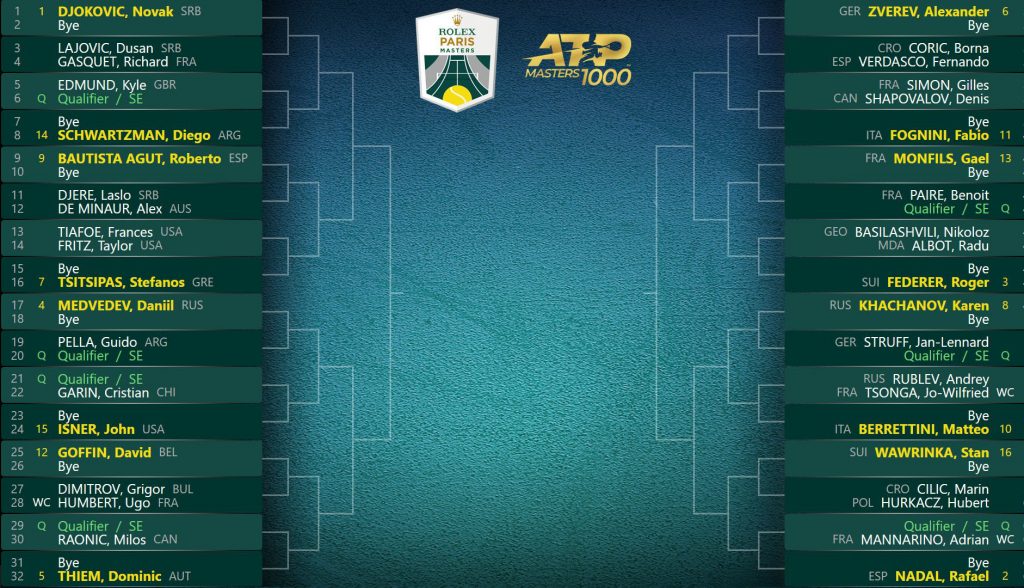 British interest in limited with Andy Murray opting not to make Paris one of his stops on his comeback trail.

Kyle Edmund, however, is in Djokovic’s quarter of the draw. The former British number one, who has been in free-fall this season, will play a qualifier in the opening round.