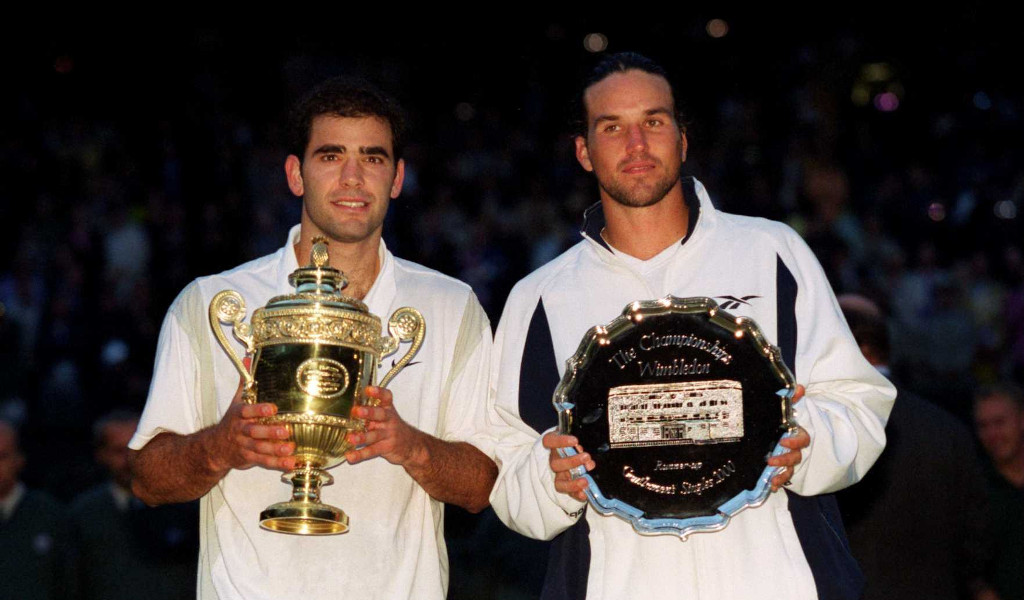 Pat Rafter has described Pete Sampras as the “toughest player I played against” and has also given some background to one of his infamous run-ins with Pistol Pete.

The duo’s professional careers overlapped and they faced each 16 times on the ATP Tour with Sampras winning their head-to-head count 12-4.

Two-time Grand Slam winner Rafter says there is no doubt that the American, who won 14 majors before hanging up his racket, was the stand-out player during their heydays.

“The toughest player I played against was definitely Pete Sampras – he did everything I did, only better,” he told Eurosport.

“His record was the best so there’s no doubt about it Sampras the stand-out. I enjoyed playing Andre Agassi the most – I thought we had a really good battle, I really enjoyed playing him.”

The pair had their run-ins on and off court and Rafter reportedly once called Sampras a “cry baby” during an intense battle.

When asked about the cry baby comment, the Australian replied: “I can’t remember the exact words, but we had a run-in in Cincinnatti one year – I probably told him to grow up.

“He cracked it when I beat him one time. But that was back in the old days, emotions were running high and don’t take it personally. It’s all good.”

Rafter was also asked which players he would like to have played from the current era, but he wasn’t keen to face anyone.

“No-one! Someone like Djokovic would make my life miserable,” he joked. “He returns too well. Someone like Rafa, I reckon I could get two and two [6-2, 6-2] in my heyday, on the fastest court you have ever seen. They are two of the best players I have ever seen.”