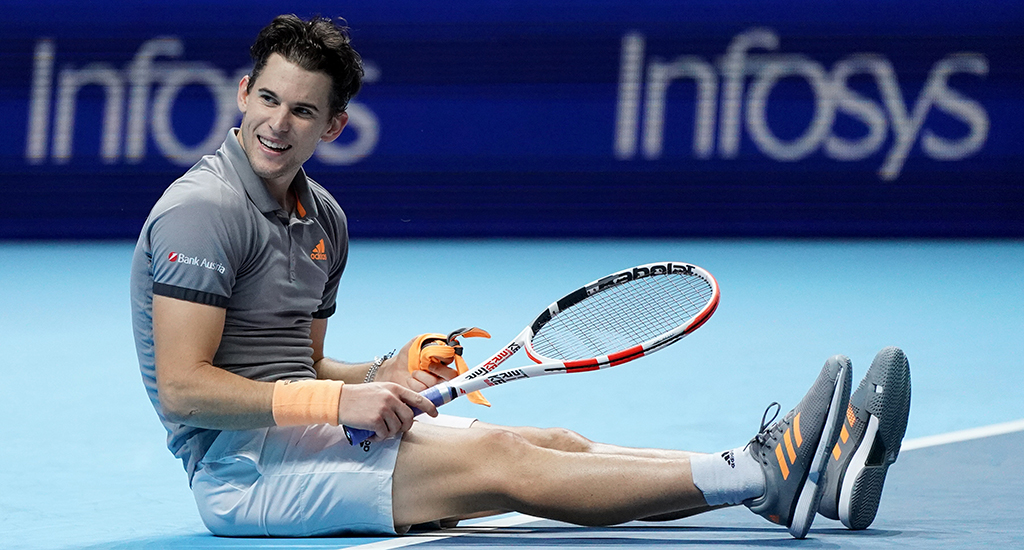 Dominic Thiem produced arguably his best ever performance to beat Novak Djokovic at the ATP Finals, meaning that either the Serb or Roger Federer are certain to be eliminated at the round robin stage.

And Thiem won a late-night classic against Djokovic to book his place among the last four for the first time in his career.

It means only the winner of Thursday’s match between Djokovic and Federer, who have 11 ATP Finals titles between them, will still be in London over the weekend.

Austrian Thiem, ranked fifth in the world, lost the first set on a tie-break but conjured up arguably some of the finest tennis of his career to level the match and go a break up in the decider.

In a thrilling final set Djokovic broke back, yet Thiem served for the match at 6-5 only for the world number two to force another tie-break.

Thiem said: “This was really one of those special matches that I practised all my life for, beating a legend of our game and qualifying for the semi-finals.”

The group-stage match between Federer and Djokovic was already hotly-anticipated, with it being their first meeting since July’s dramatic Wimbledon final. Now it takes on huge significance.

Djokovic is still jousting with Rafael Nadal to end the year top of the rankings while he is attempting to draw level on six ATP Finals wins with Federer, who is looking to reach the semi-finals for a 16th time in 17 appearances.

“Head-to-head with Roger. Winner goes to semis. Loser doesn’t qualify. As simple as that.”