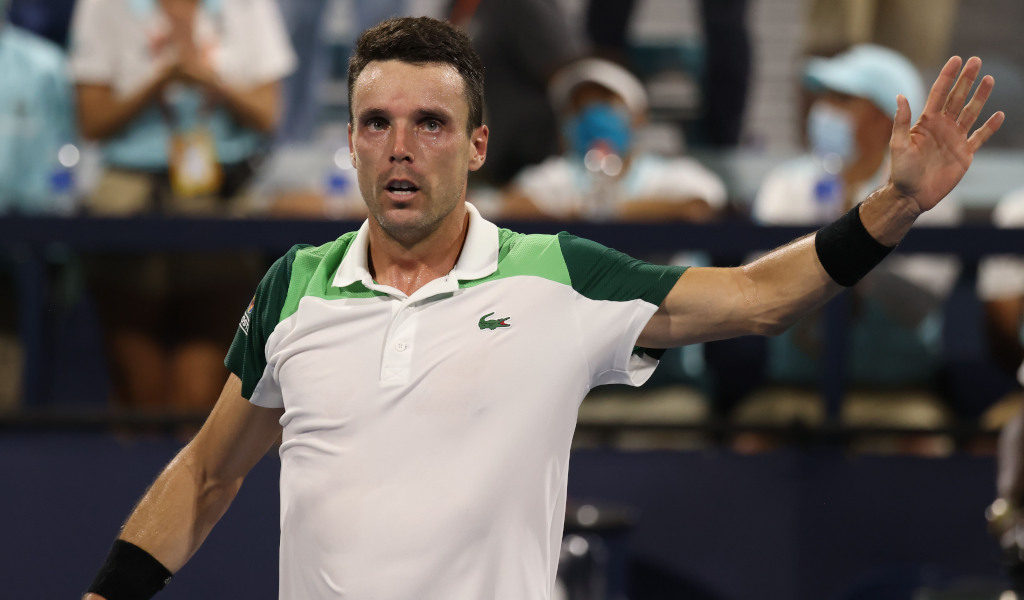 Roberto Bautista Agut made it three wins from three matches against Danill Medvedev as he stunned the top seed to reach the semi-final of the Miami Open.

Having won their two previous encounters in Chennai in 2017 and the Cincinnati Masters in 2020, Bautista Agut would have felt confident going into the clash, and he certainly showed no signs of weakness as he claimed an impressive 6-4, 6-2 victory to extend the head-to-head record to 3-0.

We’ll have a new Masters 1000 champion in Miami 💪@BautistaAgut powers past top-seeded Daniil Medvedev 6-4 6-2 to book his spot in the semi-finals. #MiamiOpen pic.twitter.com/1rkIIJ5ibb

In a contest that lasted just one hour and 32 minutes, the Spaniard broke late in the opening set and then followed it up with breaks in games one and five of the second set to ease to victory.

“I want to give Daniil all the credit, I know he is one of the best players in the world,” Bautista Agut said after the match. “He’s been winning a lot of matches, he’s No. 2 in the world, so I’m very happy and proud about how I played today. I think I showed a great level on the court.”

He added: “I think I did a lot of things well. To beat Daniil in two sets, it’s because I played great tennis. I was very solid and I could play with a lot of rhythm, make him work a lot.

“Physically I felt well on the court. It was a very tight first set. It was a great match from my side.”

The 32-year-old will face Next Gen star Jannik Sinner for a place in the final after the Italian beat Alexander Bublik 7-6 (7-5), 6-4.