‘Playing Roger Federer is the biggest honour,’ admits Stefanos Tsitsipas after dumping him out of ATP Finals 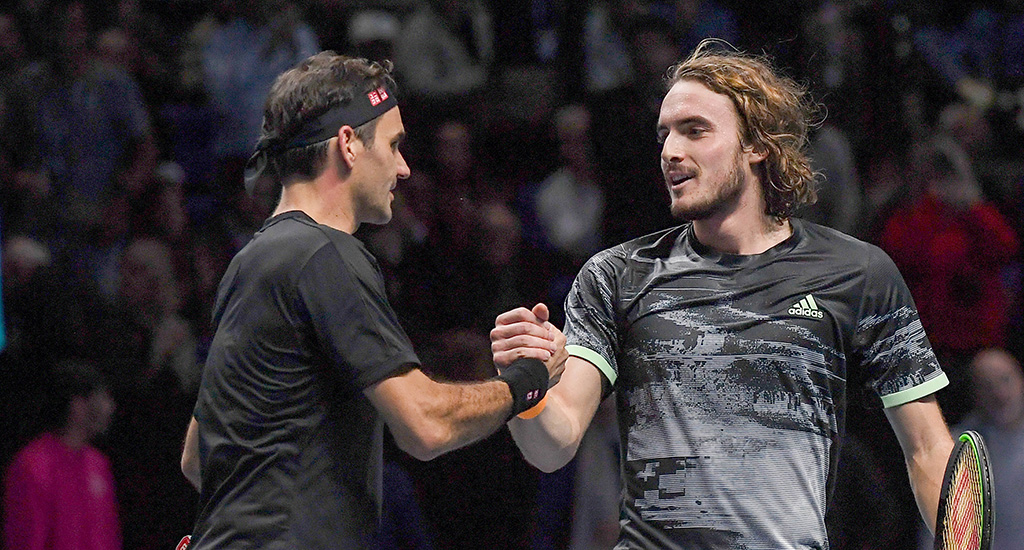 Roger Federer is out of the ATP Finals in London, joining Rafael Nadal and Novak Djokovic in being eliminated before the second semi-final.

Djokovic and Nadal failed to make it out of the round robin stage, while Federer fell to debutant Stefanos Tsitsipas 6-3, 6-4 in the first semi on Saturday.

Tsitsipas said: “I’m so proud of myself today, it was a great performance.

“Sometimes in matches like these you wonder how you recover from difficulties and break point down.

“It is a mental struggle and I’m proud how many I saved today, I was trying not to give Roger an easy time.

“He was an inspiration as always. Playing him is the biggest honour I can have and today’s victory is probably one of my best moments of the season.”

Greek is youngest #ATP Finals finalist since @DelPotroJuan, 21, in 2009.

Thiem, twice a French Open runner-up, said: “This is a big, big dream coming true for me, it is one of the biggest and most prestigious tournaments of the whole year and I’m getting the chance to play the final.

“It is unreal to me and to beat the defending champion, a very good friend and unbelievable player – it is an unbelievable achievement. I’m very, very happy.”