‘Please default me, it would be better for everybody,’ pleads Daniil Medvedev during Italian Open defeat 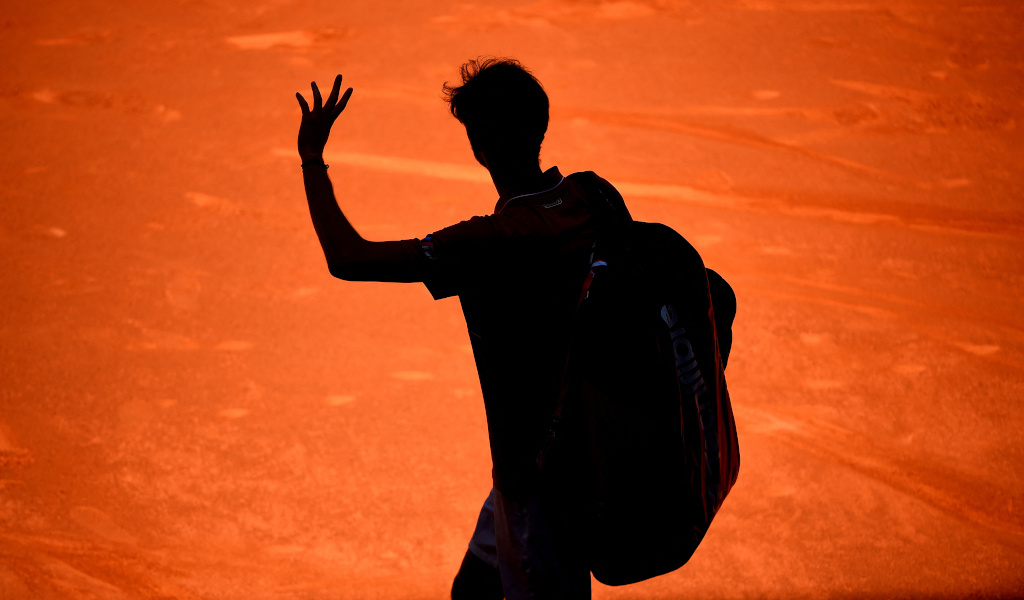 Daniil Medvedev’s struggles on clay continued at the Italian Open on Wednesday as the third seed was dumped out by Aslan Karatsev.

Having broken his duck at the Madrid Open last week, Medvedev had high hopes of following it up with a first-ever win in Rome this week, but it wasn’t to be as he went down 6-2, 6-4 to his fellow Russian.

He’ll meet Opelka for a place in the quarter-finals.#IBI21 pic.twitter.com/lATlZDHJ6M

The world No 2 once again failed to turn up on the clay as Karatsev broke twice in the first set and once in the second to claim a comfortable win over his compatriot.

Medvedev has never been afraid to hide his dislike for the surface and midway through the second set he made his feelings clear.

Medvedev to supervisor Gerry Armstrong: “Please disqualify me, it’s better for everyone”. pic.twitter.com/WwAvhytXJx

“It’s the worst surface in the world for me,” he shouted. “But if you like to be in the dirt like a dog, I don’t judge.”

He then turned to match supervisor Gerry Armstrong and declared: “I don’t wanna be here.

“Gerry, please default me, it would be better for everybody.”

And he got his wish as he went down to Karatsev, who will face Reilly Opelka for a place in the quarter-final.

Fourth seed Dominic Thiem also struggled, but he managed to get his act together to secure 3-6, 7-6(5), 6-0 victory over Marton Fucsovics from Hungary.

Up next is Lorenzo Sonego while sixth seed Alexander Zverev set up a clash against Kei Nishikori with a 6-2, 6-2 win over Hugo Dellien.