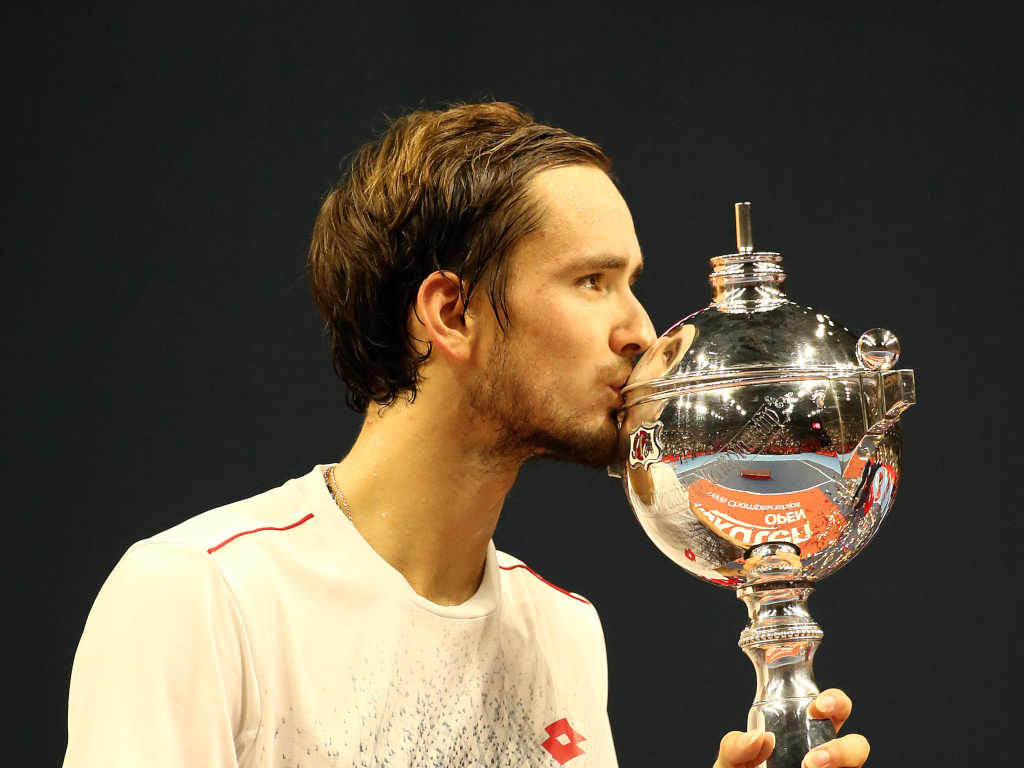 Russian qualifier Daniil Medvedev won the biggest title of his career when he beat home favourite Kei Nishikori in the Japan Open final.

Having won his maiden singles trophy at the Sydney International at the start of the year, Medvedev claimed his third title with a 6-2, 6-4 victory over the third seed in just over an hour.

Daniil does it in Tokyo! 😱

The moment that @DaniilMedwed became the first qualifier in history to claim the Tokyo title.

The 22-year-old big-server broke twice in the opening set and once in the second to win his first ATP 500 event.

“I was playing amazing and I am so happy to come out on top,” he said. “To play seven matches and losing only one set, this makes me extremely happy.

“The serve is the most important thing in tennis right now.”

Nishikori, who was looking to win his third title in Japan, paid tribute to Medvedev’s serve.

“He’s serving great. I didn’t have any chance on his first serve, even second serve,” he said.

“His ball was skipping a lot on this surface and he was hitting good enough flat shots and he was serving great, so it was tough to play against Daniil today.”