Rafael Nadal will be a more aggressive player in 2019, coach warns rivals 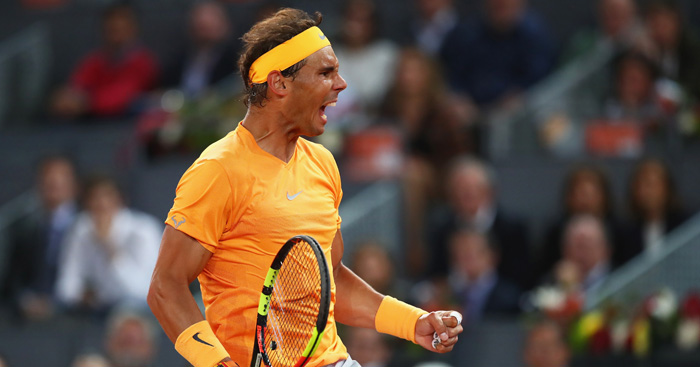 Rafael Nadal will be a more aggressive player in 2019 than ever before, if his coach Carlos Moya gets his way.

The Spaniard is already considered to be one of the most powerful players on the ATP Tour, with his extra hitting power really being showcased on his preferred clay surface.

However, Moya has revealed that he wishes to mould Nadal into a player who attacks points more in a bid to conserve his energies, citing rival Roger Federer as an example of how it’s done best

“Joan Forcades (Nadal’s physical trainer), Francisco Roig and I are preparing Rafa to be a more aggressive player – even more so than he has been throughout his career,” Moya told atptour.com.

“Matches are settled within four strokes and 70 per cent of that is the serve and how one returns, then what follows, plus the next shot.”

“It’s not the style of play Rafa prefers, but we’re working to find a way to make that sort of matchplay fit into his comfort zone.

“Rafa likes to find the rhythm, although he has shown that he can play just as well when there is no such rhythm to be found.

“I am very much instrumental when it comes to moulding Rafa in being more aggressive.

“Sometimes he gets it, other times he doesn’t.

“I know we’ll never turn Rafa into a (Roger) Federer, (Milos) Raonic or (Tomas) Berdych, who all excel as two-shot players.

“But we have to try and push Rafa to come close to that, without losing the essence of his game.

“That’s why, in practice, we try new things and to instil confidence so that he can implement those techniques during matches.

“We’re working on his shape, his conditioning and on specific on-court tactics.”