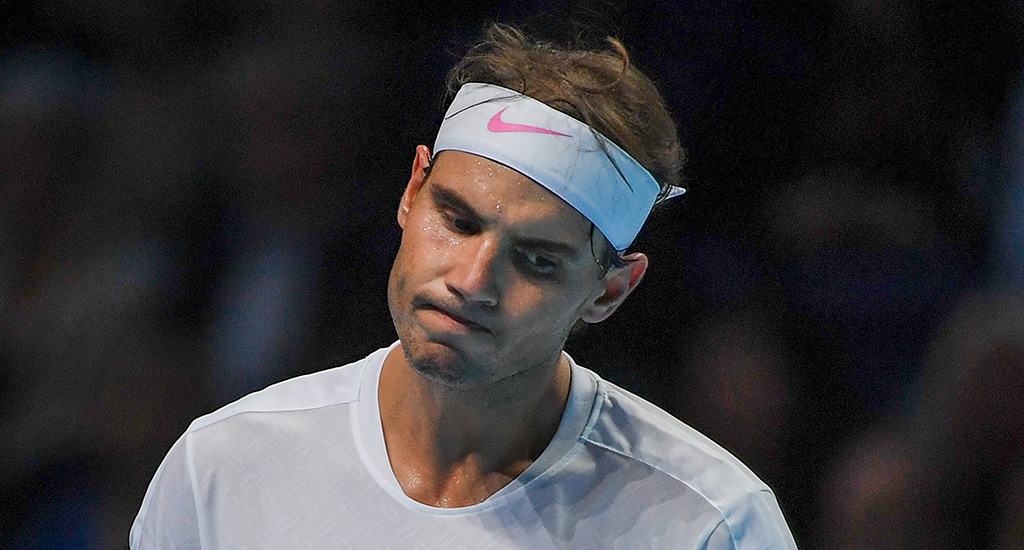 Rafael Nadal’s ATP Finals campaign got off to a shaky start as he slumped to a surprise loss to Alexander Zverev at the O2.

Zverev is the defending champion, but has endured a poor year and only just sneaked qualification in the last week of the season, but he showed up with his ‘A’ game against the world number one to beat him 6-2, 6-4.

Nadal, the US Open champion, looked tentative as he tried to play himself back into form, and Zverev took full advantage by breaking twice on his way to the opening set.

Zverev’s serve was regularly hitting 140mph – thanks to the carrots and spinach his mother is feeding him, he claimed afterwards – and zipping past Nadal on an indoor hardcourt surface that the Spaniard has little time for.

A break at the start of the second, followed by a hold despite two double-faults, meant Zverev had won six consecutive games before Nadal got back on the board.

Zverev beat Roger Federer and Novak Djokovic on his way to the title 12 months ago, and he completed his big three London trifecta in one hour and 25 minutes – a first career victory over Nadal at the sixth attempt.

Tsitsipas had not beaten Medvedev, this year’s US Open runner-up, in five previous meetings with the Russian.