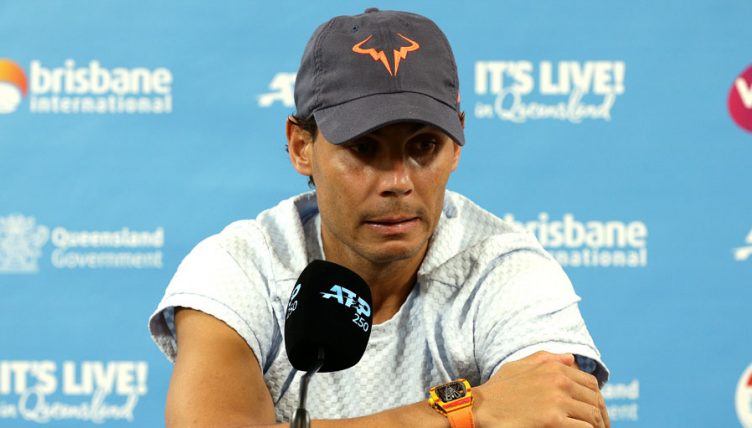 Rafael Nadal has sparked concerns over his Australian Open fitness after withdrawing from the Brisbane International without playing a game.

The Spaniard also opted not to play his second match at exhibition in Abu Dhabi last week, but was expected to make it to Brisbane.

This would mean that Nadal will head to Melbourne without a significant warm-up tournament under his belt.

Speaking at a press conference, he said: “I did an MRI and it shows a small strain on my left thigh. I tried to play, I wanted to play, but recommendations from the doctors (were otherwise).

“I feel better than I did four days ago. It’s a risk to damage my body for one month if I play here.”

It continues a worrying trend for Nadal, who withdrew or retired mid-match from all but one hard-court tournament last year.

Lucky loser Taro Daniel will take Nadal’s place and face Jo-Wilfried Tsonga in the second round.