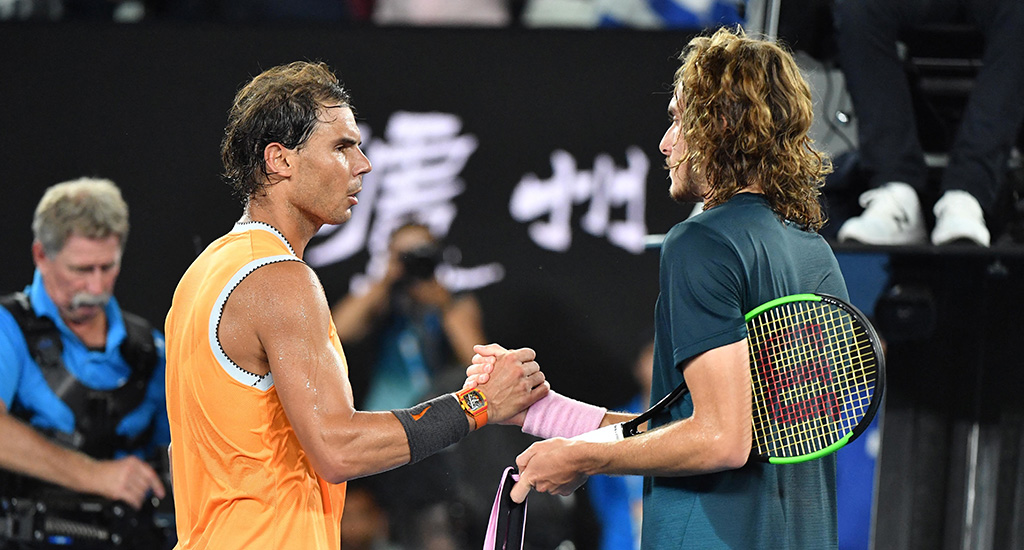 Rafael Nadal says he has lofty expectations of Stafanos Tsitsipas after he fought out a second successive three-set epic with the Greek in the final of the Mubadala World Tennis Championship.

The pair met at the ATP Finals in November, with Nadal coming out on top, and he once again had to summon all of his resilience to hold off the Greek again in Dubai.

Tsitsipas, though, only added to his growing reputation, and Nadal believes he has every chance of realising his ambitions in 2020.

“It’s good that he has a good ambition,” Nadal said.

“It’s important to have clear goals, and then you have to do it, and it’s something difficult because being in the top three is not easy.

“There are a lot of players that will fight to be in the higher positions of the ranking, but of course he had a great season and he will fight for important things.”

Nadal’s win over Tsitsipas gave him a record fifth Mubadala crown, and he already can’t wait to be back again next year.

“I’m always one year older every time, but hopefully I stay healthy and hopefully I will be back.

“It’s a tournament I like so much and I always have great feelings here.

“Thank you to the crowd for an amazing year, their support is always amazing.

“Thank you Abu Dhabi, and thank you to Mubadala – please continue your support of tennis.”