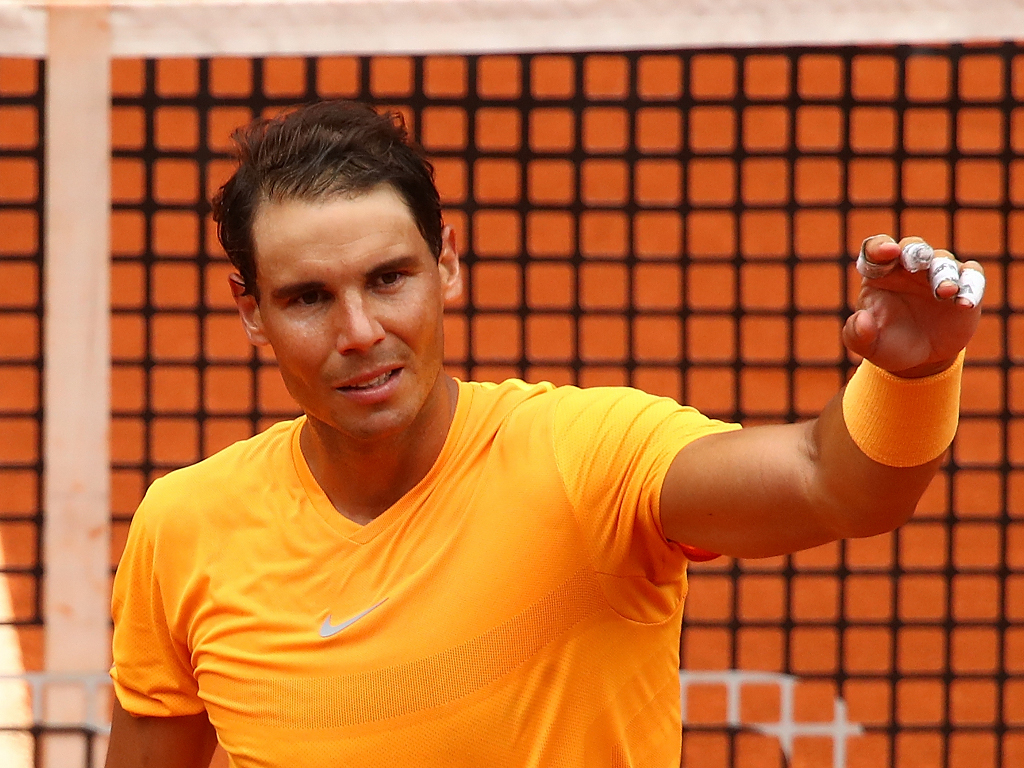 Rafael Nadal continues to wipe all before him on clay as he moved into the Madrid Open last 16.

It was another easy day at the office for the world No 1 as he broke the Frenchman once in the opening set and three times in the second.

He also secured his 20th win in a row on clay in the process and has now won 48 consecutive sets on the surface, which means he is just two sets shy of breaking John McEnroe’s record of 49.

“The process is very simple for me: I analyse every day the things that happened and try to fix things,” he said. “My team and I, we need to keep improving, and keep doing the things that are working very well. Every day is a different day. What happened the week before or two weeks ago is in the past.”

Second seed Alexander Zverev also booked his place in the last 16 as he beat Evgeny Donskoy 6-2, 7-5 to set up a meeting with Leandro Mayer after the Argentine beat Spaniard Fernando Verdasco 6-2, 6-1.

Fifth seed Dominic Thiem had a tougher encounter as he had to come from a set down to defeat Federico Delbonis 4-6, 6-3, 7-5. The Austrian will meet Borna Coric next after the Croat beat Jan-Lennard Struff 6-0, 6-2.