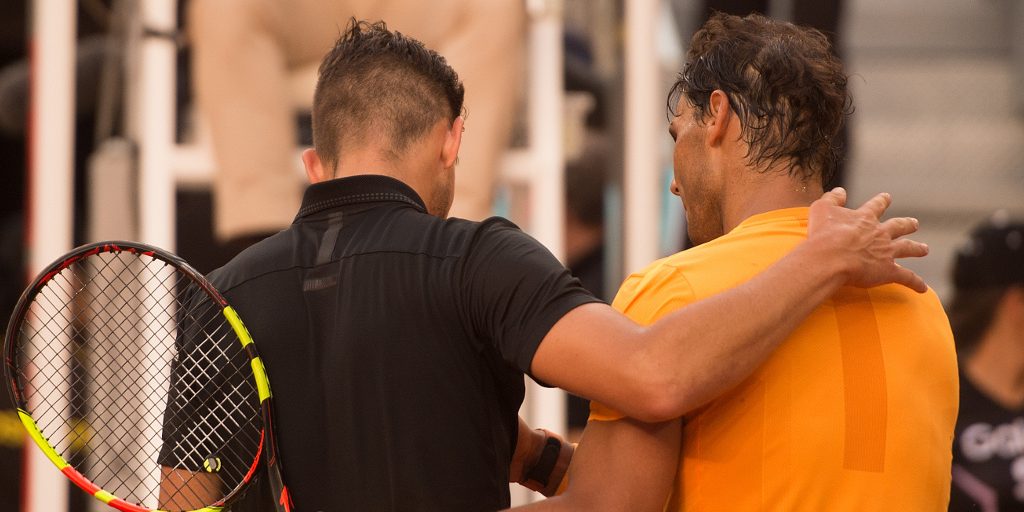 The coach of Rafael Nadal says the power behind the Spaniard’s success can never be replicated, but there is a player who can come close.

Nadal is famed for his ‘unique’ mental intensity and strength that makes him compete harder than any other man on the ATP Tour, and it has led him to a colossal 17 Grand Slam titles.

But while his coach Carlos Moya believes his player’s style is ‘unrepeatable’, he thinks Dominic Thiem, who Nadal beat in this year’s French Open final, is getting very close.

“I think he is unique,” said Moya. “I didn’t know players of the past and current generation who have his same characters.

“Today the new generation players are very talented, others have a big serve, others hit well from the baseline.

“But I think what Rafa had for his whole life, his discipline, his winner fighting spirit is difficult to find nowadays.

“I think Thiem is the one who can get the closest to him, but what Rafa did will be unrepeatable.’

“It’s difficult to tell in what aspect you help him (Nadal). The most important thing is that the player wants to improve, grow up and with this mentality it’s easier.”