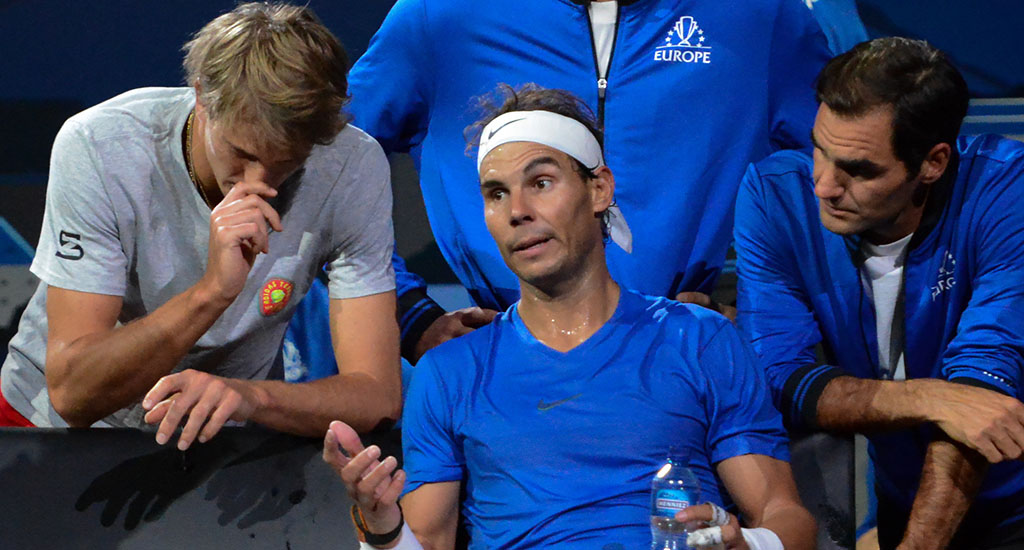 Rafael Nadal says his hand injury is nothing a few days rest won’t solve after he was forced to sit out the final day of the Laver Cup.

Nadal was court-side with a heavily-strapped wrist on day one, but played two matches on Saturday.

He was scheduled to play to matches on Sunday, though, including teaming with Roger Federer in doubles action, but he was forced to withdraw.

However, he insists it is nothing to worry about, claiming it is just a left-over from his US Open efforts.

“It’s been a very emotional weekend, to be part of this great team.,” Nadal said after Team Europe win their third successive tournament.

“I woke up today and the hand had big inflammation, so there was no chance I could play.

“I think I need some rest and I’ll take some days off I think with family and friends.

“Now is time to enjoy this victory, for me it has been an amazing month-and-a-half.

“After New York I was just fully destroyed for a week and then I came here.”