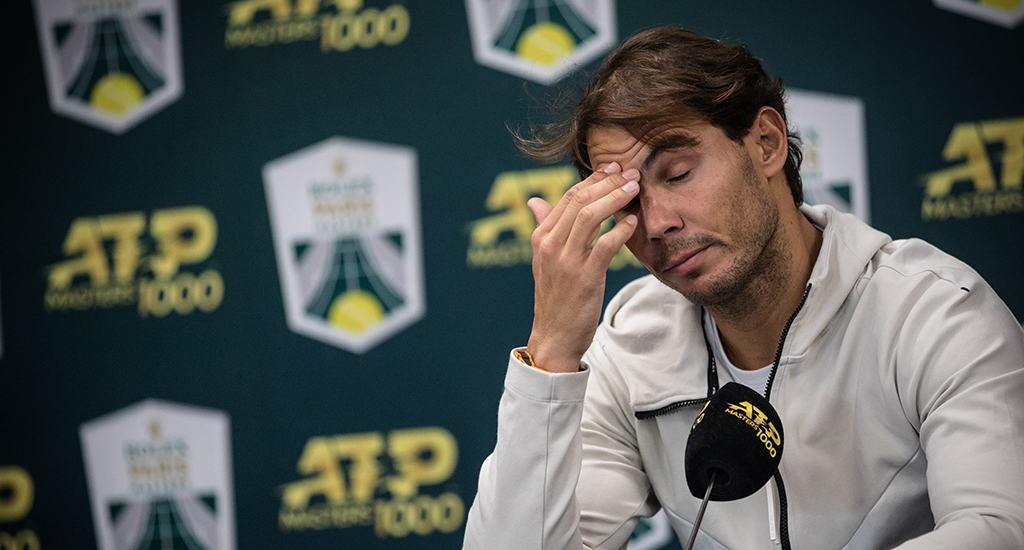 Rafael Nadal has hinted he will skip the ATP Finals by revealing his regret at playing through a similar injury to the one he sustained at the Paris Masters ten years ago.

The new world number one withdrew ahead of his semi-final in Paris due to an abdominal strain, throwing his participation in the ATP Finals in London into question.

He is yet to reveal his plans, but is likely to make an announcement either way ahead of the draw for the tournament, which takes place around lunchtime on Tuesday.

However, caution appears to be at the forefront of his mind, especially due to past experiences.

“I had this issue in the US Open 2009 with a bad experience,” he said, as quoted in the Daily Express.

“And that was the year that I lost the semifinals against [Juan Martin] Del Potro.

“So I finished the tournament with 28-millimetre strain, so have been a big, big thing after that.

“I remember well because I couldn’t play semifinals of Davis Cup that was against Israel in that moment.

“So for me, taken almost a month outside of the tennis court, so we don’t want to repeat that.”