Rafael Nadal: I was sick of always being in pain and wanted to end my season after Indian Wells 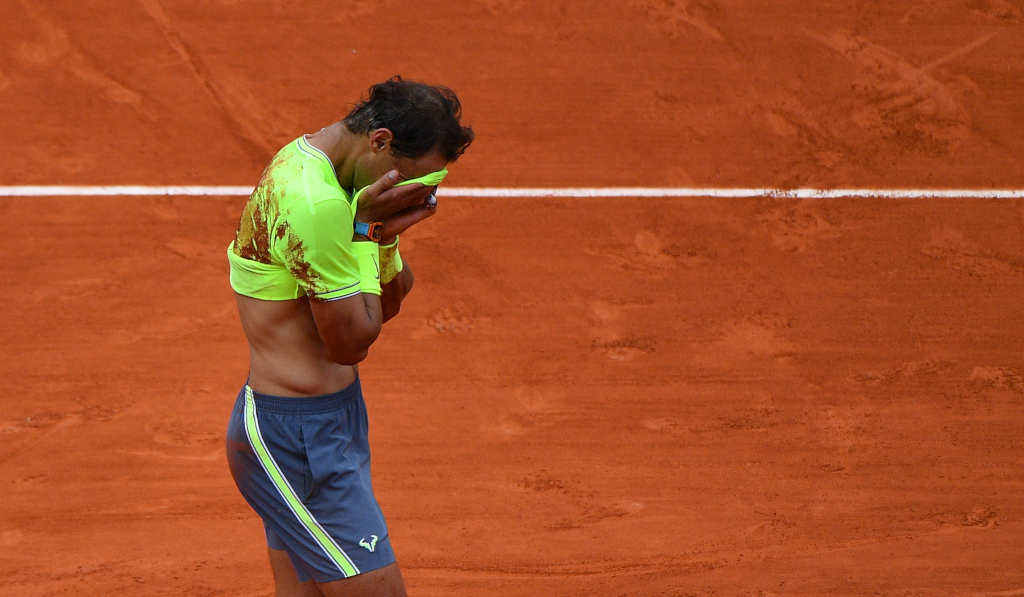 Rafael Nadal won his 12th French Open title over the weekend, but he nearly didn’t compete at Roland Garros this year as he “suffered a major downturn” after the Indian Wells Masters.

The Spaniard beat Dominic Thiem in four sets on Sunday to take his Grand Slam tally to 18, which leaves him two behind Roger Federer’s record of 20.

Nadal, though, will be the first to admit that the first half of the season has been big mentally and physically difficult as he played only one tournament between the Australian Open and Indian Wells Masters.

He reached the semi-finals of the US hard-court event, but then suffered another injury setback and was forced to withdraw from his clash against Roger Federer.

And he admits he considered calling it a season as early as March.

“Mentally, after Indian Wells, I suffered a major downturn,” he told ATPTour.com. “Ideas and scenarios were swirling inside my head. I considered shutting down my season to see if my body would recuperate instead of playing through injury after injury.

“Another option was to press on and play through the pain. Either way, the outlook was bleak. It required a change of mindset this time, and that doesn’t happen overnight.”

After going through an extensive rehabilitation programme, he finally returned to the ATP Tour in late April as he competed in the Monte-Carlo Masters.

But he made a slow start by his standards as he “only” reached the semi-finals in Monte-Carlo, Barcelona and Madrid before it all clicked at the Italian Open and French Open.

“I was reluctant and hesitant to return. Physically, because of another tendon tear in my knee, and on top of going through all the treatment required in the recovery process, there was dealing with the pain. That’s the reality of the matter — it was different this time. That’s not how it usually works with me,” he explained.

“Normally, the injury is diagnosed, I rehab, practise and go through the routine like it’s no big deal. I’d play through pain and wouldn’t even consider that as suffering. This time was different… considering my history of competing, of fighting. Normally, this process isn’t what I would consider ‘suffering’.

He added: “Between the level of pain and just being sidelined, there came a time when I just felt tired of all of this. I was sick of always being in pain. I get it: with competing comes pain. But when you’ve accumulated injuries, decided to deal with them, recovered from them and before you even get back on the court you’ve acquired another, that takes a toll.

“After Indian Wells, I took a moment to make sense of all of it. I felt a little more upbeat around the time of the Rolex Monte-Carlo Masters, but I was still in a very low place and hardly positive.”