Rafael Nadal impresses on return to the court in Madrid 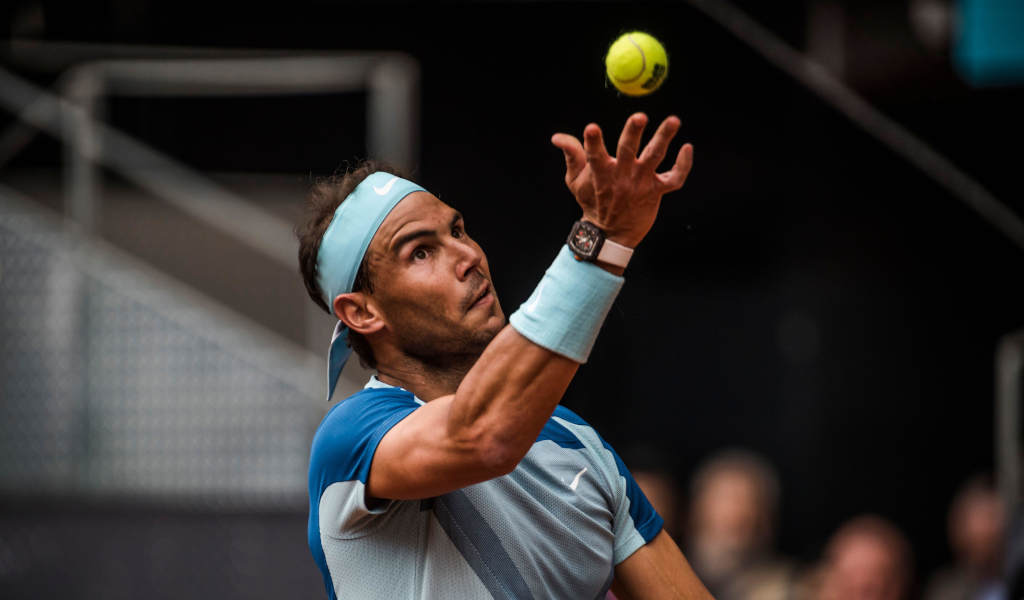 Rafael Nadal powered past Serbian Miomir Kecmanovic 6-1, 7-6(4) to reach the third round of the Madrid Open on his return to the ATP Tour.

Playing his first match since March, Nadal moved and defended better than many might have expected and was good value for his win.

Rain and a second set fightback from Kecmanovic could only delay Nadal’s progress.

Back with a vengeance 💪

After comfortably taking the first set, Nadal was held off by more accurate serving from Kecmanovic.

The Serbian eventually dropped serve in the 11th game but Nadal failed to serve out the match at 6-5 and the second set went to a tiebreaker.

Nadal avoided going into a third set as he clinched progress to a matchup against either Marrakech champion David Goffin or Munich finalist Botic van de Zandschulp in the last 16.

Kecmanovic found himself being manipulated by Nadal’s mastery of top-spin and quickly surrendered the first set.

By the time the Serb came to grips with Nadal’s game it was too late but he held up his end in an entertaining match.

The result sees Nadal move to 21-1 for the season, notching his first match win since the Indians Wells semifinals and ensuring the prospect of a quarterfinal meeting with Carlos Alcaraz remains alive.

After dropping the first set 4-6, Zverev would power his way into the third round with successive 6-4 set wins of his own.

“I thought I played very well. I just lost focus in the first set,” Zverev said.

“It helps to be on this court again. It is always great to have those memories in the back of your mind.

“But I have to have this year on my mind and I have to focus on playing well and hopefully I can do that this week.”

Evans will play in-form sixth seed Andrey Rublev in the last 16 in Madrid, with the pair locked at 2-2 in head to head meetings.