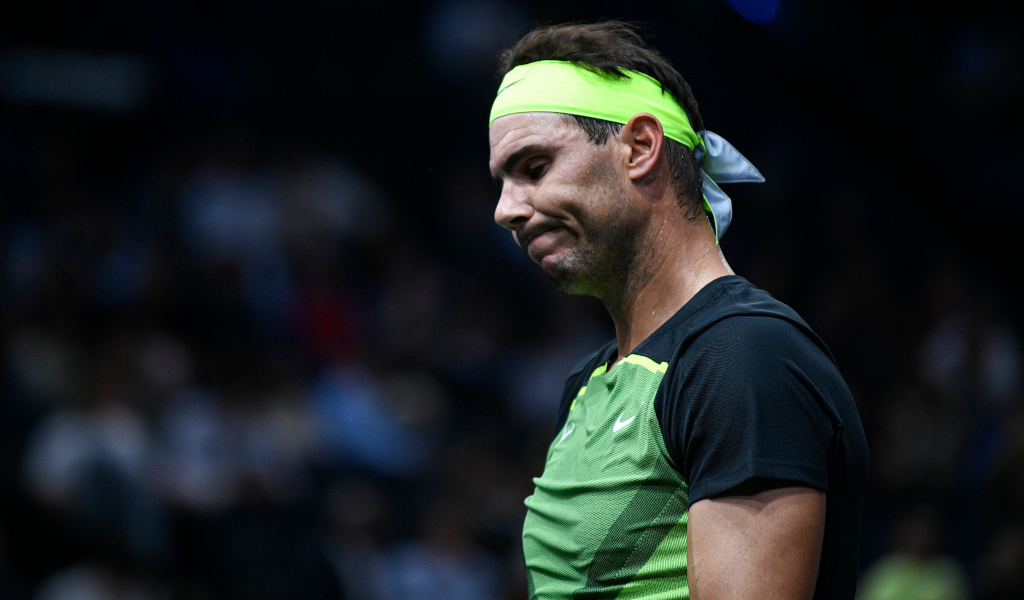 Rafael Nadal has indicated that he will play at the ATP Finals despite his lack of match practice, saying “I’m going to give my best to enjoy this win” as it could be his last appearance at the season-ending event.

Playing singles for the first time since his fourth-round defeat at the US Open in September, Nadal suffered a shock 3-6, 7-6 (7-4), 6-1 loss to Tommy Paul in the second round of the Paris Masters on Wednesday.

The 22-time Grand Slam winner had played only one match between the US Open and his Paris Masters defeat – a doubles encounter in Roger Federer’s farewell match at the Laver Cup – while he had a busy time away from court as his wife gave birth to their first child, a boy, in early October.

Only one tournament remains on the ATP Tour calendar this year, the ATP Finals in Turin, and there are doubts over the Spaniard’s participation given his poor match fitness and busy personal life.

However, the 36-year-old is determined to play at the season-ending tournament.

“I’m excited about playing [in Turin], even if it hasn’t been the perfect couple of months for me, of course,” he said. “But, yeah, nothing to lose. After a good year, going there, just trying my best.”

The ATP Finals is one of the few trophies missing from Nadal’s illustrious CV with his best performances a couple of runners-up finishes in 2010 and 2013.

He missed last year’s edition due to injury and with age no longer on his side, he is hopeful to feature on the indoor hard courts in Turin next week.

“I don’t even say competing on a tennis court; I say on the Tour, practising with the guys. That’s what I need. I am going to try — [if] nothing happens, if I am feeling okay — to be there [in Turn] a little bit earlier than usual and have some practices.

“Just give myself a chance to enjoy another Finals. You never know when it is going to be the last, especially at my age. So I’m going to give my best to enjoy this one, and then [the] next years of course I’m going to fight to be back there.”

READ MORE: Line-up for ATP Finals in Turin is confirmed – but will Rafael Nadal play?