Rafael Nadal into Rogers Cup semis, but must face an impressive Russian if he makes final 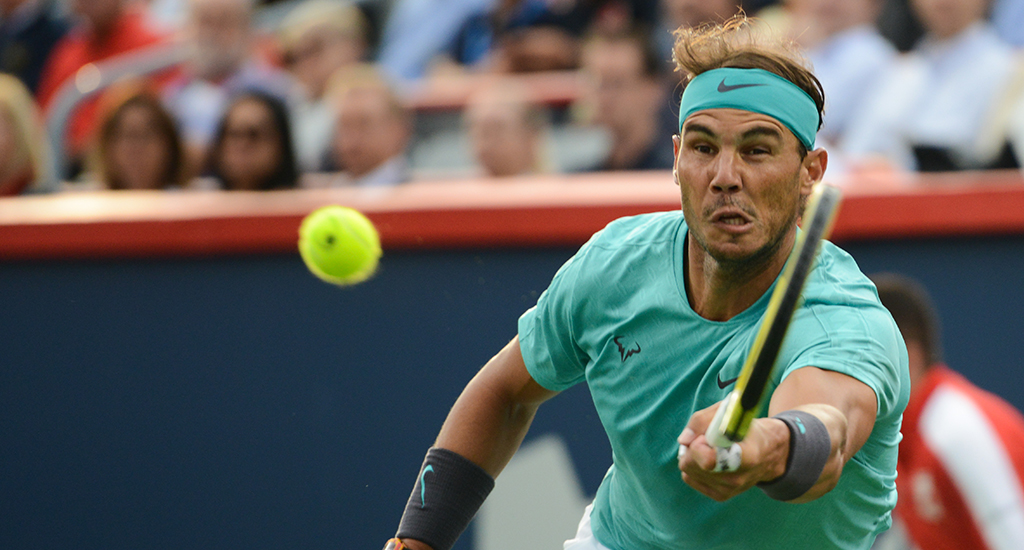 Rafael Nadal received some semblance of vengeance over Fabio Fognini as he dumped him out of the Rogers Cup, but the top seed looked in troubled in the first set.

Fognini stunned Nadal at the Monte Carlo Masters earlier this year, a tournament that the Italian went on to win.

He looked to have continued to enjoy that hold over Nadal in the opening set in Montreal, but Nadal powered back into the match and eventually took the match with ease 2-6, 6-1, 6-2.

“It was an up-and-down match, but a positive match for me,” Nadal assessed. “I have been playing better and better.

“I lost [the first set] 6-2 with the feeling I was not playing bad, no negative feelings on the ball, just things going too fast.

“Honestly, the beginning of the match difficult because I playing probably a little bit better than him, but then the score was against me.”

Nadal will have to wait to discover his semi-final opponent after Roberto Bautista Agut’s last-eight match with Gael Monfils was suspended overnight due to rain.

The other semi–final will be an all-Russain affair, with Karen Khachanov and Daniil Medvedev both looking immensely strong.

Medvedev was in especially brutal mood, decimating world number four Dominic Thiem 6-3, 6-1 in under an hour.