‘Rafael Nadal is a beast, but it’s a surprise he ever won WImbledon,’ says coach Carlos Moya 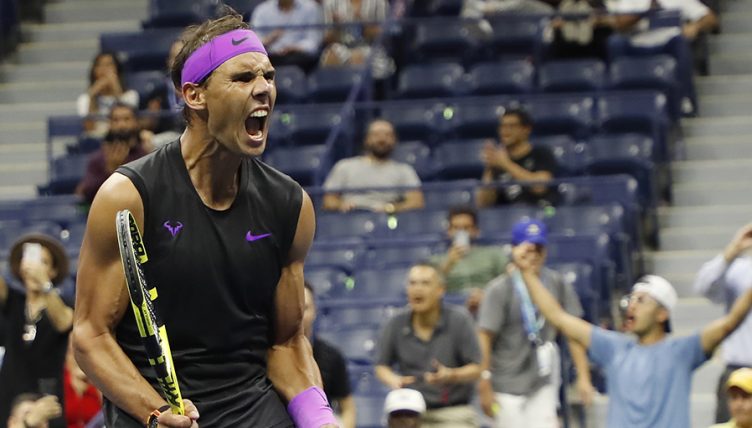 Carlos Moya says Rafael Nadal is a ‘beast’ of a player, but he considers it a surprise that the Spaniard ever won Wimbledon.

Moya, a former world number one in his own right, has coached Nadal for several years now, and shares heritage with him as they are both from the same Spanish Island of Mallorca.

Traditionally, Spanish players have shone on clay and struggled on grass, and Moya says that the fact Nadal has a Wimbledon title to his name can only be put down to his famed fierce competitiveness.

What, though, does Moya attribute that to in his player?

“I think you are born like that,” Moya said on Eurosport’s Tennis Legends podcast.

“I mean, you can learn a lot of things for sure. He learned that and improved in many ways, but you have to have it.

“Also his background is very good, he has a family that was to professional sport before, so for sure that helps.

“I mean, if you can teach that, we will have many Rafas and we don’t have that at all.

“It’s amazing that a guy from Mallorca to win 19 Grand Slams, 12 French Opens. For me it was a big surprise that he won Wimbledon as well.

“But I think for sure you improve things but you are born like that and I have no doubt about that.”

Asked about the apparent contradictions between Nadal the player and Nadal the person, Moya suggested his home had much to do with it.

“Mallorca is a calm island. We are called the ‘calm guys from the island’ and with the atmosphere we have here we take things very easy – you know, we are pretty relaxed, we like to chill. You know, I think in that sense, Rafa is like that.

“But then once he steps on the court, he becomes a beast. You know, he’s more than a hundred percent – I would say he never gives up. He’s always fighting.

“I think even if he loses, you know – as a coach, or Carlos as an agent – that he’s going to give his best.”