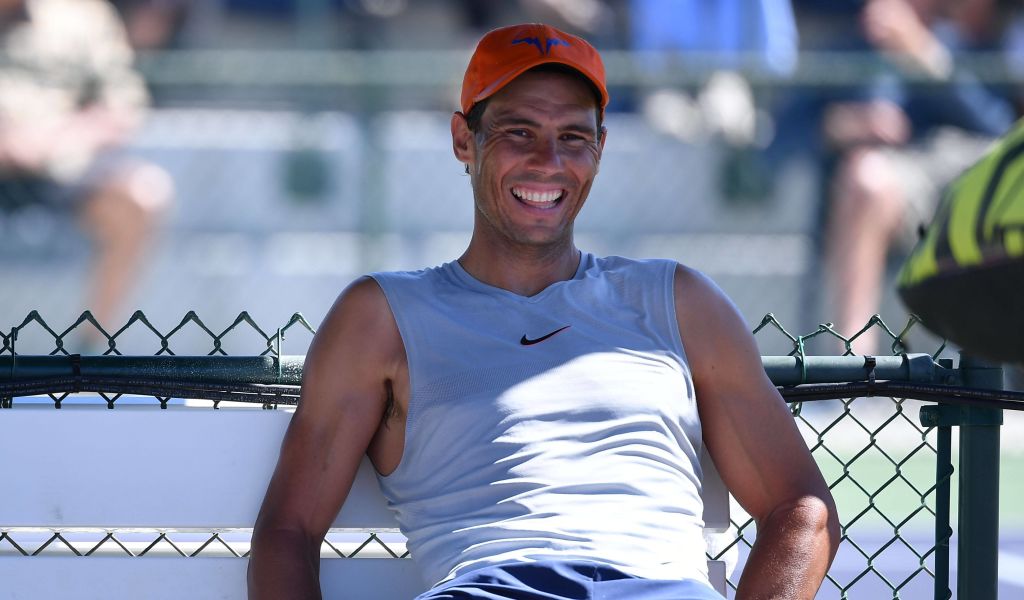 Rafael Nadal came back from the brink to keep his unbeaten start to the 2022 season intact with victory over Sebastian Korda at the BNP Paribas Masters at Indian Wells.

World number 40 Korda served for the match in the final set at Indian Wells but the Spaniard fought back to force and win a final set tie-break and secure a 6-2 1-6 7-6 (3) result.

Nadal looked set to continue his remarkable start to the year, which saw him claim his 21st grand slam title at the Australian Open, with ease as he surged into a 4-0 lead.

But after taking the opening set, the 35-year-old was immediately broken in the second as his opponent wrested control and looked set to wrap it up when he served for the match at 5-4 in the decider.

Instead, Nadal rallied to level at 5-5, saved a break point in his next service game, and forced a final set tie-break, in which he fell 3-2 behind before rallying for another impressive win.

“I was lucky,” declared Nadal. “I feel a bit sorry for Seb because he had the chance to win and missed some shots that gave me a chance.

“Sometimes when you things are going your way at the beginning of the season, you can win matches like this.

“Maybe I played one of my worst matches of the year so far, but Seb played great and his ball was very hard to play against. I am happy just to get through and have a chance to play better in the next round.”

The win continues Nadal’s incredible unbeaten start to the year and next up for Nadal is Britain’s Dan Evans, who swept past Federico Coria 6-2 6-0.

Meanwhile, it has been confirmed that Nadal has pulled out of the Miami Open later this month, with tournament director James Blake confirming the news.

“Rafa will certainly be missed. He has so many fans here in South Florida, and we hope to see him back in Miami next year,” said Blake.

“We are fortunate to have an incredibly deep and talented player field and look forward to showcasing the new elements of the site and all the off-court activities our fans have come to love about this iconic event.”