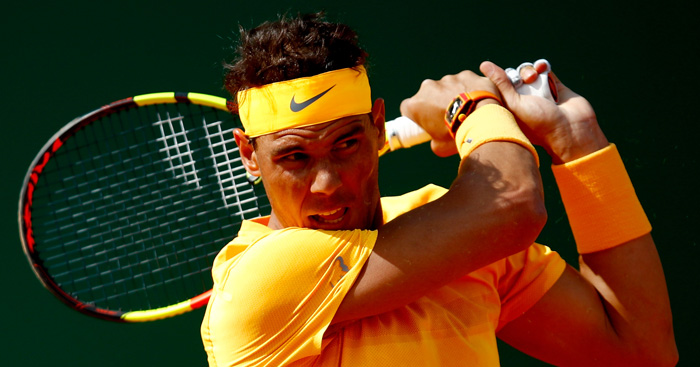 Rafael Nadal needed just 79 minutes to cruise to victory against Aljaz Bedene in the second round of the Monte-Carlo Masters.

The number one seed, who is bidding to win the clay tournament for an 11th time and a third year in succession, has not played on the tour since he retired with a hip injury in the Australian Open quarter-finals in January.

But after two Davis Cup victories for Nadal for Spain last weekend, the world number one eased to a 6-1 6-3 victory against the Slovenian.

“It was a positive start,” said Nadal. “That’s all. It’s important for me to win matches, of course. I need days on court.

“Since Shanghai last year, I have spent not enough time on court competing. Every match that I have the chance to win is a great news, because it [helps my] confidence and is a chance to play another day. That’s what I need.”

Nadal will now face Karen Khachanov in the next round after the Russian overpowered France’s Gilles Simon 6-2 6-2. It’s an opponent that the 31-year-old is not taking lightly.

“(Karen) is a tough opponent, of course,” added Nadal. “No doubt about that. He’s a player that serves big and has big shots from the baseline.

“I need to play aggressive. I can’t let him play in comfortable positions because then it will be impossible. I know it’s going to be an important test for me.”