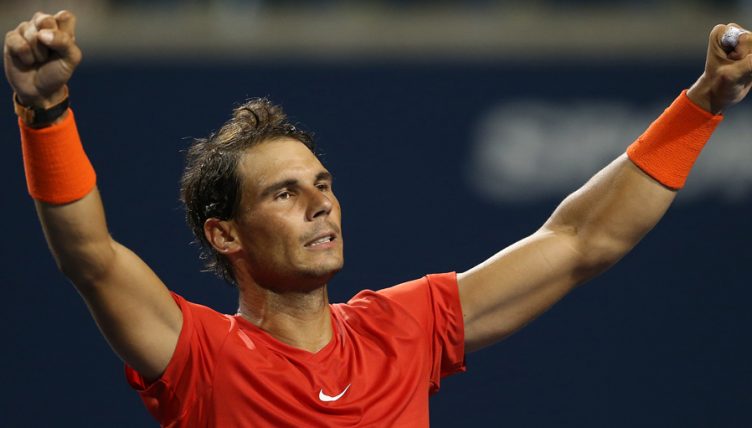 Rafael Nadal insists that his Rogers Cup win over Marin Cilic was not a revenge mission, and believes the Croatian can reach the very top.

Cilic progressed when the two clashed in the Australian Open at the start of the year after Rafael Nadal was struck down with injury.

However, Nadal rallied from a poor first set to beat Cilic in 2-6 6-4 6-4 in the Rogers Cup quarter-final as he moved into the last four of the ATP Tour event.

Melbourne, though, was not a factor, insists the Spaniard, who says he rates Cilic very highly.

“I never believe on revenges at all,” said Nadal “No, no. It’s not because of Australian Open match, not at all.

“Was just because have been a very important match for me. Being in semifinals is great news at the start of the hard court season in a good way.

“And winning three good matches in the first Master 1000, yeah, so important for me.

“The way that he played in that first set was unstoppable, no? So I resisted. I play with the right tactic. I tried to find my solutions, but it was so, so difficult.”

“And especially the way that he played in that first set was unstoppable, no? So I resisted.

“I play with the right tactic. I tried to find my solutions, but was so, so difficult.

“So that’s why it was an important celebration, no? It means a lot to me to be in the semifinals.

“I practiced with him a couple of times last year, and I felt that he was not playing that well. This year, since the beginning of the season, he’s playing fantastic.

“Before Wimbledon, I said to my team, for me, Marin was one of the real candidates to win Wimbledon then. He loves that match. That can happen against Guido Pella.

“But saying that, you know, I tell you how much I respect him and how good he is.”