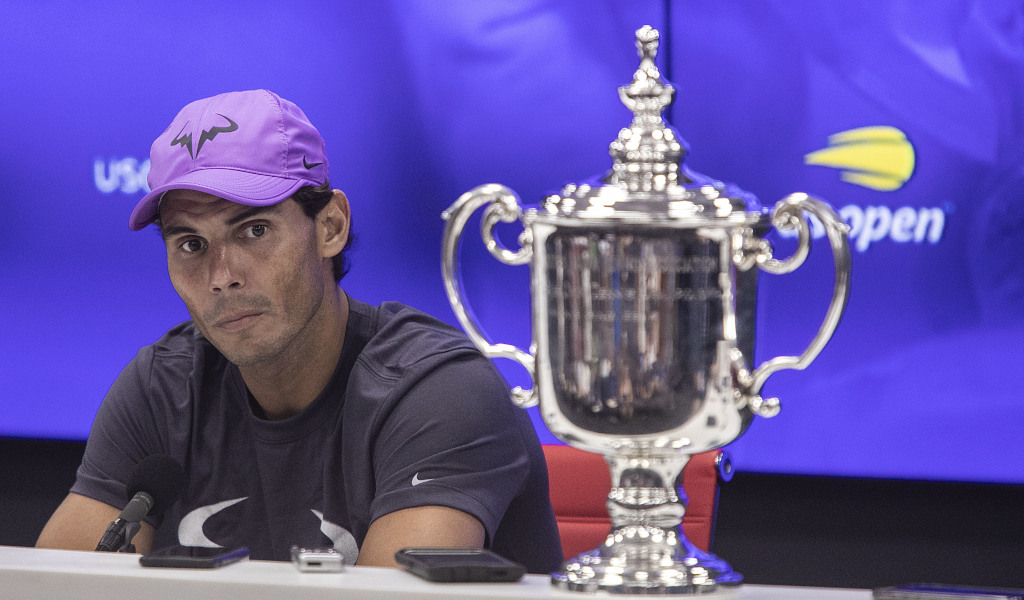 Daniil Medvedev and Alexander Zverev are among seven players tipped by Rafael Nadal to eventually replace the Big Three at the top of men’s tennis.

Novak Djokovic, Rafael Nadal and Roger Federer currently occupy the top three places in the world rankings and have won 55 Grand Slams between them, with the trio sharing the last 12 majors.

Several youngsters have in recent years been tipped to finally break the Big Three’s stranglehold on the Grand Slams and the No 1 ranking, but none of them have been able to make the breakthrough.

Russian Medvedev, though, put his hand up at this year’s US Open as he took Nadal to five sets in the final before the veteran eventually won his 19th major.

The Spaniard has tipped Medvedev and six other players who could take over.

“A changing of the guard has been predicted for years, but it’s developed a little slower than perhaps expected,” he told ATPTour.com.

“The old guard has shown resistance but some mainstays like David Ferrer have recently passed the torch. The truth is, the three of us [including Novak Djokovic and Roger Federer] have gained so much success in these past 14 years, and we’re still atop the ATP Rankings.

“That’s a formidable group and the overwhelming logic is that the next generation is already here. They’re making a lot of noise and attracting lots of attention.

“Several members of that next wave are already in the Top 10 and my guess is that we’ll see more and more every year.”