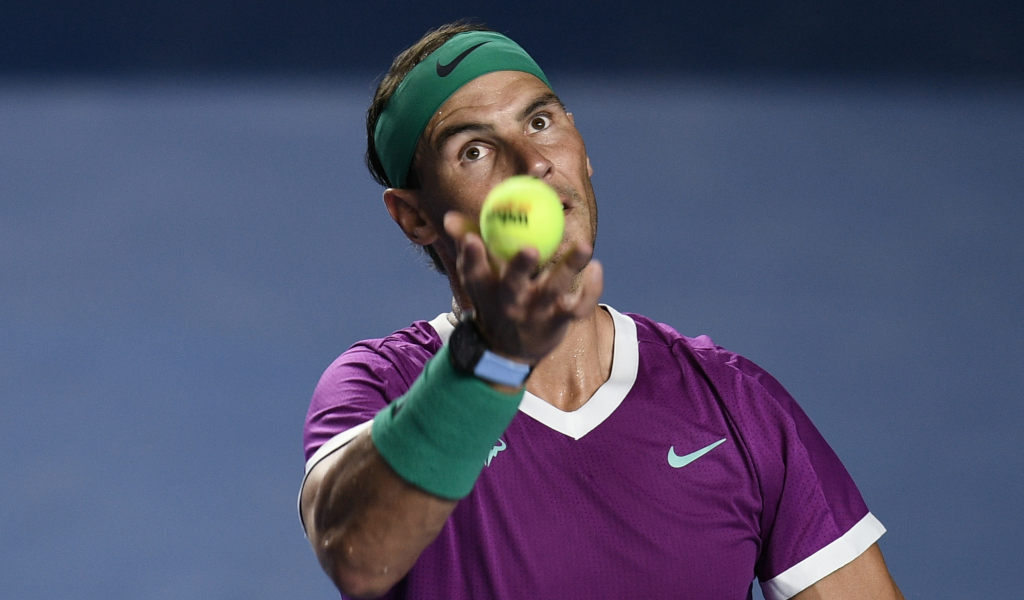 Rafael Nadal will meet Australian Open final opponent and new World No 1 Daniil Medvedev in the semifinals at the Mexican Open.

Nadal was made to work hard for his victory over Tommy Paul despite handing the American a first set bagel.

The Spaniard needed a second set tiebreak win to progress 6-0, 7-6 in the Acapulco heat.

It was a workout for the 35-year-old Grand Slam King as his younger opponent refused to surrender in a tight second stanza.

Nadal had dropped just ten points in the first set but the American grew into the match as the Spaniard tired.

The 21-time Major winner believes that he let Paul back into the match with a few errors at the outset of the second set.

“I think I played one of the best sets since a long time ago,” Rafael Nadal said of the opener. “I played fantastic in the first set. In the beginning of the second I made a couple of mistakes, and then he started playing better and better. The set became a little bit crazy with a lot of breaks.”

Nadal talked up his semi-final opponent, as if there were any need given his newly-earned status as the top dog on the ATP Tour.

“Everybody knows how difficult it is to play against Daniil,” he said.

“Everybody knows how difficult the final was in Australia. Tomorrow is going to be another battle. I know he’s playing well, plenty of confidence… I am excited to play that match.”

Medvedev had eased into the last four earlier in the night with a straight sets victory over Japan’s 103rd ranked Yoshihito Nishioka.

The Russian already knew that he would take the top ranking after Novak Djokovic failed to progress beyond the last eight in Dubai.

In the other quarterfinals, Stefanos Tsitsipas set up a date with Britain’s Cameron Norrie as he saw off Marcos Giron.

Norrie beat Germany’s Peter Gojowczyk 6-0, 6-1 closing out the match with a ten-game streak.