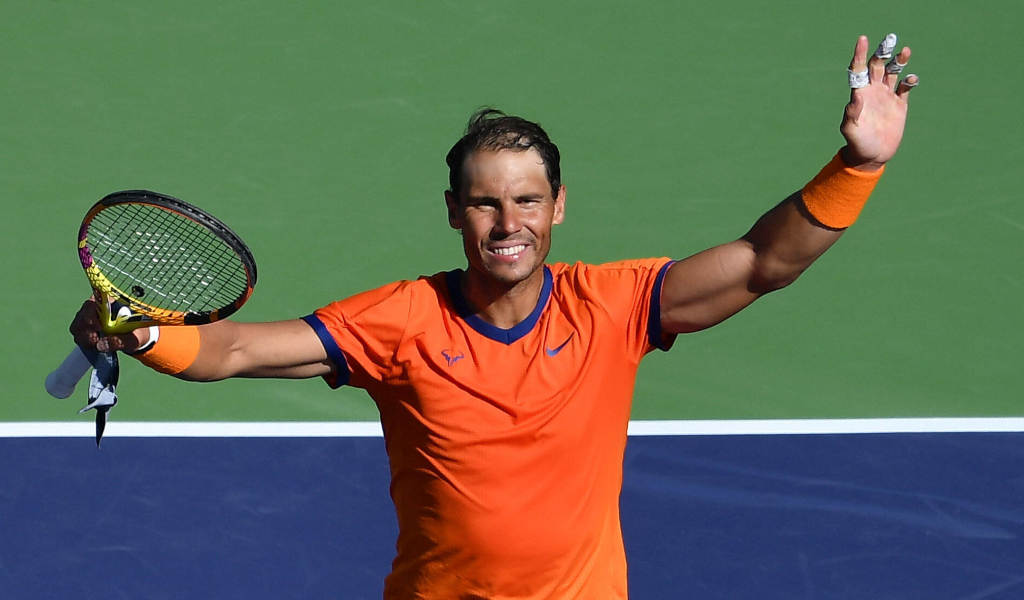 Rafael Nadal will be returning from his rib injury just in time to play at the Madrid Open which starts from May 1, he has confirmed on his social media account.

The 21 time Grand Slam winner has been out for six weeks after sustaining a fractured rib at the Indian Wells Masters where he lost in the final to Taylor Fritz.

The Spaniard was due to play in the Miami Open as well as clay court tournaments including the Monte Carlo Masters and the Barcelona Open but he has been forced to miss these this season.

However, the Australian Open champion will be returning for the Madrid Open, which should serve as a perfect warm up for the French Open for him.

Writing on social media, Nadal said: “Despite arriving just before and preparation being difficult, I really want to play and play at home since the opportunities are few. To try to do it in the best possible way. See you in Madrid.”

“Despite arriving just before and preparation being difficult, I really want to play, and play at home since the opportunities are few,” Nadal wrote on his Twitter account.

“To try to do it in the best possible way.

“See you in Madrid.”

Although he’ll be happy to be back in action and prevent a major slip in the rankings, the Madrid Open hasn’t been very successful for the world No 4 in the past in the context of clay court competitions, this is despite him coming away with the title five times, with the most recent being in 2017.

After Madrid, he will be making his way to Rome to defend his title at the Italian Open before jumping across to France to play at Roland Garros and attempt to win his 14th title and add to his Grand Slam tally.

But this is easier said than done as Novak Djokovic has been given the green light to play at the French Open so it could be a tough ask for Nadal.

The Madrid Open starts on May 1, while the French Open kicks off from May 22.