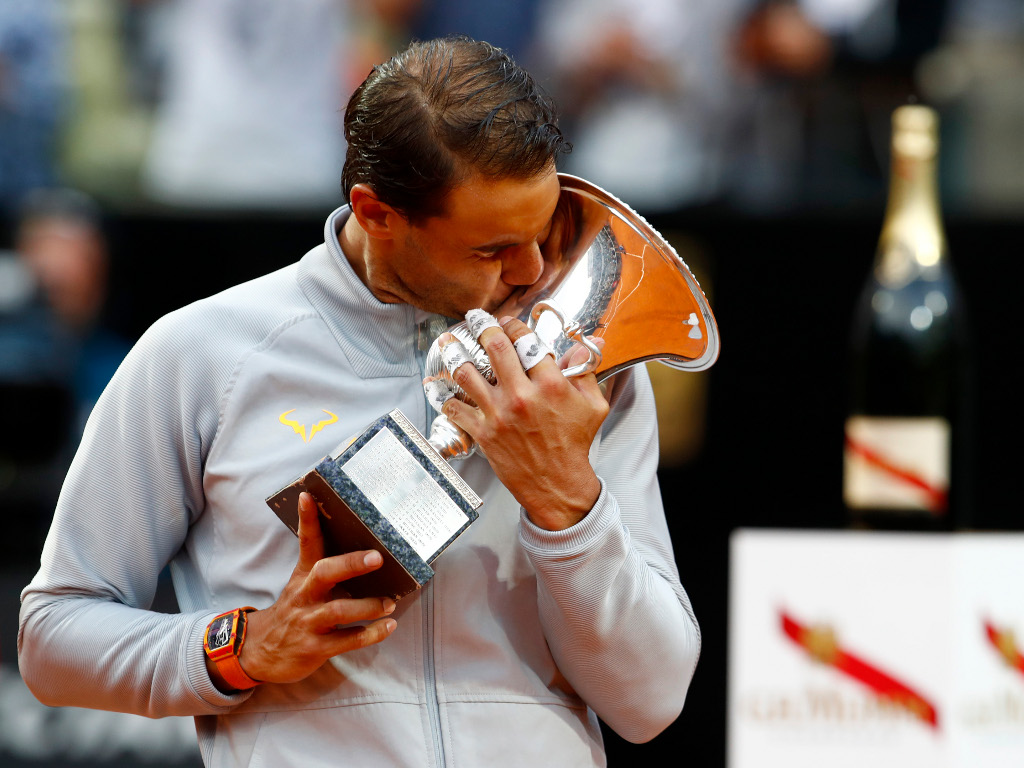 Rafael Nadal completed his French Open preparation in familiar fashion as he beat Alexander Zverev to win the Italian Open for an eighth time.

The 16-time Grand Slam winner came into the Rome event on the back of a disappointing quarter-final exit at the Madrid Masters last week, but he overcame Zverev 1-6, 6-1, 6-3 to win his 32nd ATP Masters 1000 title.

The moment @RafaelNadal won an eighth title in Rome…#ibi18 pic.twitter.com/7Eysx8kk3D

The Spaniard looked like he would wrap things up quite quickly after winning the opening set in just over half an hour. Yet it was Zverev who broke in the opening game of the match before Nadal reeled off six consecutive games to take a one-set lead.

The 21-year-old, though, bounced back in the second set as he broke twice to open u[ a 5-0 lead and then served it out after Nadal got on the board in game six.

The German took the momentum into the deciding set as he again broke in the first game and then went 3-1 up before play was interrupted by rain.

When play resumed after an 11-minute break, Nadal made it 3-2 before they went off again. When they returned, the Spaniard won the four remaining games to take the match.

The win will see Nadal return to the top of the world rankings ahead of Roger Federer.