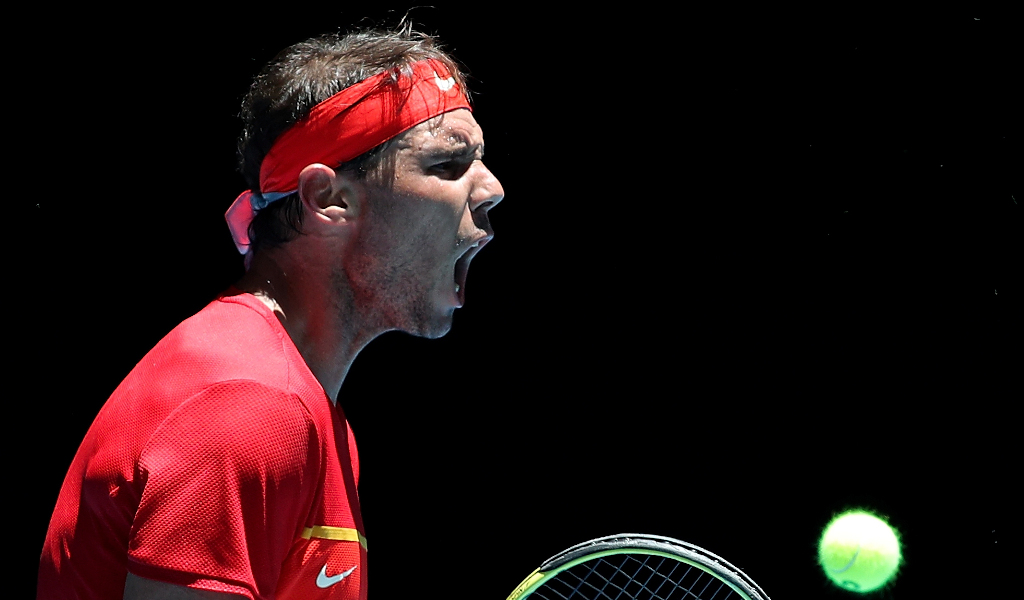 It wasn’t his best display, but Rafael Nadal still continued his unbeaten run at the ATP Cup as he led Spain into the quarter-final.

The Davis Cup champions took on Japan in the final group match with the world No 1 playing Yoshihito Nishioka in his singles rubber.

It was far from easy as the match was played in hot conditions in the middle of the day, but Nadal did not help himself as he made 36 unforced errors en route to a 7-6 (7-4), 6-4 victory.

“It was a very tough one and we played under heavy conditions today, because for me it was the first day that I played under the sun,” the 19-time Grand Slam winner, who took his record to 3-0 at the event, said.

“The first set was important, and then in the second I had some tough moments, but at the same time I was able to manage well to get the break at the right moment.

“So I’m happy for the victory. I played against a player that has started the season on fire, winning two great matches against two very good opponents and with very comfortable results. So it’s a positive victory for me and it’s an important victory for the team. We will go to Sydney straight [away] with the confidence that we didn’t lose a tie.”

Spain topped Group B ahead of Japan and the Europeans will face Belgium in the quarter-final.