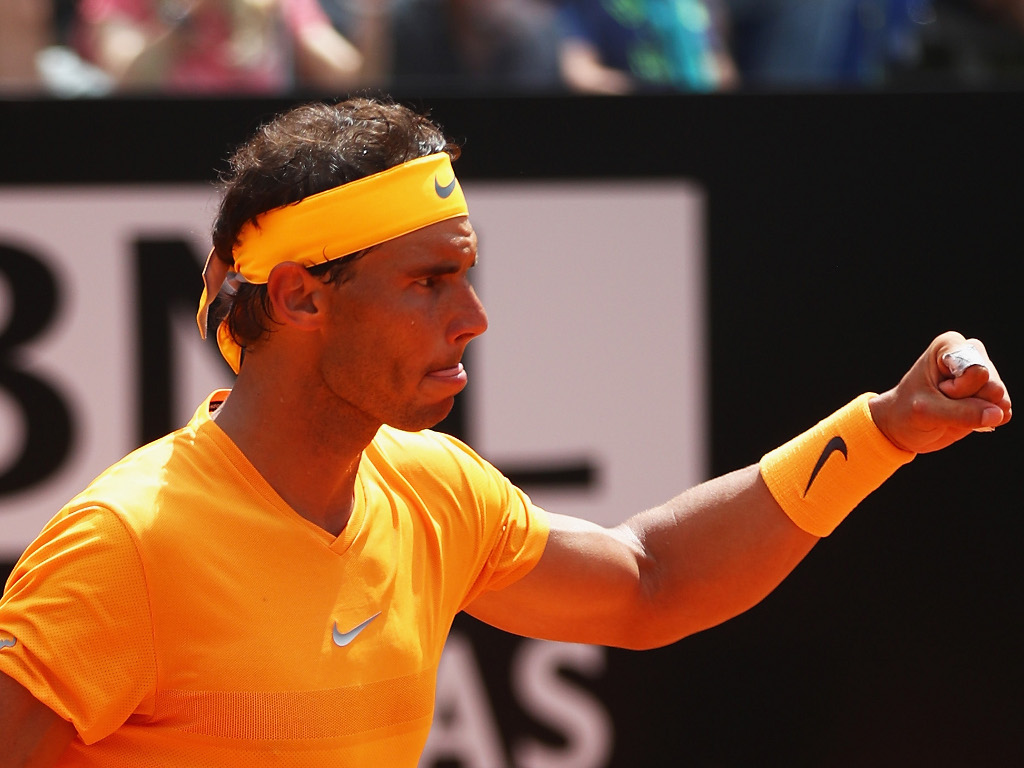 Rafael Nadal came from a set down to beat Fabio Fognini at the Italian Open.

With the boisterous crowd fully behind him, Italian hero Fognini won the opening set before top seed Nadal bounced back to secure a 4-6, 6-1, 6-2 victory to move into his 10th semi-final in Rome.

The 16-time Grand Slam winner raced into a 4-1 lead in the first set, but Fognini found some extra energy as he won five consecutive games to take a one-set lead.

However, it was all Nadal in the second and third set.

“We both played well in the first set, good quality. I missed opportunities, made mistakes with the backhand, he was aggressive,” the Spaniard said after the match. “Couple of bad games, then I changed the way, became more aggressive.”

Nadal will face either Novak Djokovic or Kei Nishikori in the semi-final.

Marin Cilic also booked his place in the last four as he secured a comfortable 6-3, 6-2 victory over Pablo Carreno-Busta from Spain.

The former US Open winner will face either second seed Alexander Zverev or the ninth-ranked David Goffin for a place in the final.