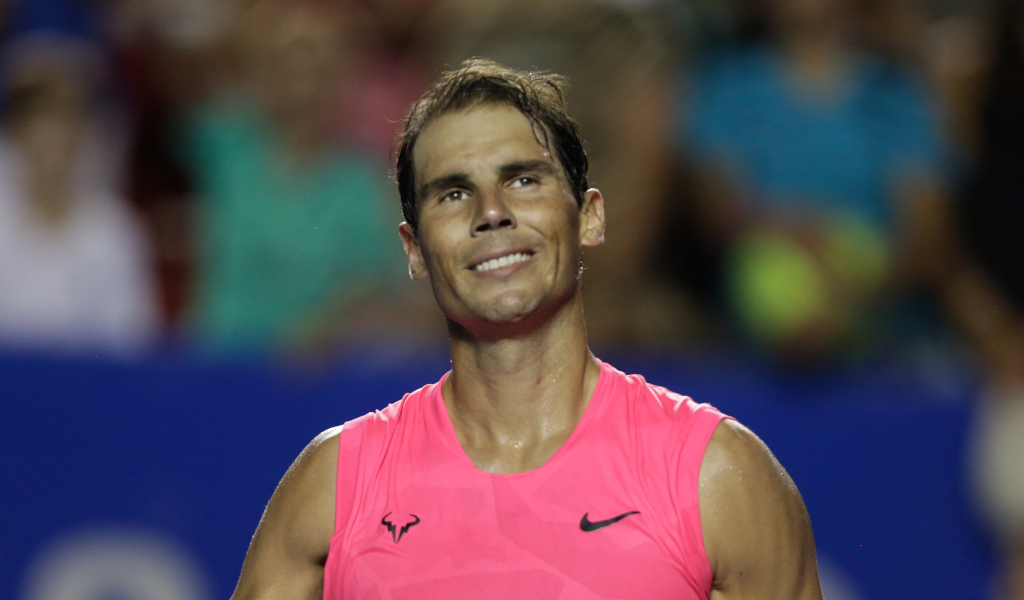 Rafael Nadal made light of Taylor Fritz to win the Mexican Open for a third time, saying his intensity, passion and forehand were all key to his victory.

He completed the hat-trick with a 6-3, 6-2 defeat of the unseeded Fritz in one hour and 14 minutes on Saturday, becoming both the youngest and oldest player to win the title.

The moment @RafaelNadal claimed his third @AbiertoTelcel title, and his first on a hard court. #AMT2020 pic.twitter.com/wF3jgmRBw7

The Spaniard broke in game eight of the opening set and games five and seven of the second.

“I couldn’t be happier. I played a great event from the beginning to the end,” he said after winning his 85th career title.

“Acapulco was the first big title that I won in my career, so to be able to stay here after 15 years is amazing. I can’t thank enough the people who make me feel at home every single time.”

He added: “After not competing since Australia, it’s an important week for me and an important moment. I played solid, with the right intensity and the right passion, and my forehand worked well.”