Rafael Nadal powers on in Monte Carlo but Djokovic crashes out 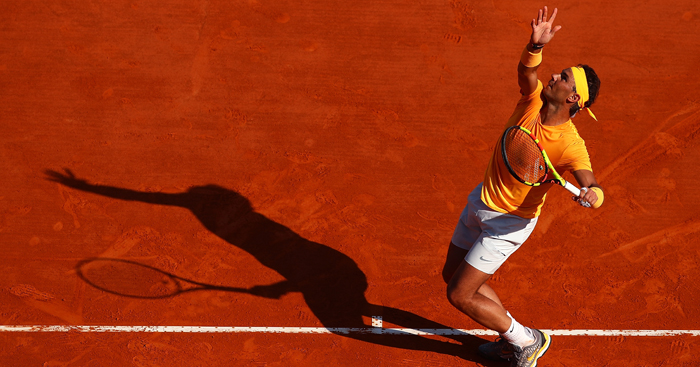 World number one Rafael Nadal maintained his bid for an 11th Monte-Carlo Masters title with a 6-3 6-2 victory over  Russian Karen Khachanov.

The Spaniard needed just 80 minutes to see off the 21-year-old and reach his 14th consecutive quarter-final at the event.

Nadal will face Dominic Thiem in the quarter-finals after the Austrian won an epic encounter with Novak Djokovic.

Djokovic produced some of his vintage resilience to grab the first set in a tiebreak after being a break down for most of it, but fifth seed Thiem battled back to win 6-7 (2/7) 6-2 6-3 in a two-and-a-half hour epic.

Marin Cilic received a walkover after third-round opponent Milos Raonic was forced to withdraw with a knee injury, and the second seed will face Japan’s Kei Nishikori in last eight after he beat Andreas Seppi 6-0 2-6 6-3.

Richard Gasquet became the first Frenchman to record 500 career wins in beating Mischa Zverev 6-2 7-5 to record the 500th win of his career,  and he will now face Zverev’s younger brother Alexander on his 21st birthday after the German defeated compatriot Jan-Lennard Struff 6-4 4-6 6-4.