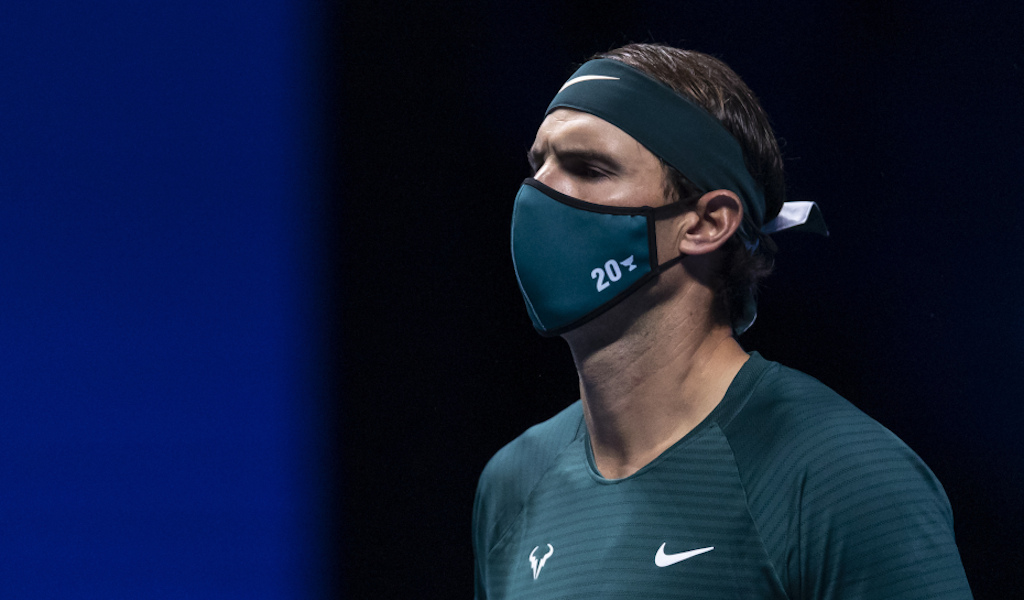 Rafael Nadal will take on Daniil Medvedev in a mouth-watering ATP Finals last-four contest in London on Saturday and here is what he told the media ahead of the big match.

Q. You go up against Daniil Medvedev in the semifinals. How much would you say he’s improved since the US Open? I know it’s a different format, but he seems a completely different player now. Do you know what to expect?

RAFAEL NADAL: Well, I don’t know if he’s a completely different player. I don’t think nobody is a completely different player, no? I think he’s playing great, but we can’t forget that last year he played amazing too. You know, he played the final in Washington, final in Montreal, winning Cincinnati, final US Open. Then he won in Shanghai and I think a couple more tournaments.

So better than this is very difficult, no? He’s playing amazing this year for sure now. He played semifinals in New York and now winning in Paris, and winning two matches here of course he has plenty of confidence and playing very, very high level.

But we are in the semifinals of the World Tour Finals so we can’t expect another story, no? Playing against the best players in good shape. I know I need to play at my 100% if I want to have chances, and that’s what I’m gonna try.

All four semi-finalists are in the Top 4 of the @FedEx ATP Rankings. pic.twitter.com/uW3zNL6ZMm

Q. Is there a way to put into words — you have been here many times before playing the best players in the world, but just how much you enjoy the competition and you get in a third set and just fighting to get that win on one of the world’s biggest stages?

RAFAEL NADAL: Well, without a crowd, the biggest stages are less than usual, no (smiling)?

I had a good reaction later, but I was playing I think a great level of tennis for almost two sets. For doing the 6-4, 5-4, I think the score was close, but in terms of feeling I felt that I was playing better than him. Then the situation changed. He won that game and then I was starting to suffer a little bit more with my serve, no?

But it’s always a good feeling when you are playing well and you’re playing against the best players in the world. You know you’re going to be a tough fight. That’s what happened tonight, no? I was able to find a way to win. Very happy.

Q. You just reeled off all of Daniil’s results from 2019 and 2020. Is that typical of you? Do you just study every other player’s results, or is it more of a game for you to do that?

No, I don’t follow every single tournament when I am not on the tour. But of course, when I am on the tour, I follow the matches and I follow tennis. Yeah, I like to see.

Q. A great win tonight. If I may say a remarkable display of very diverse tennis despite losing a set. How would you comment on the diversity in your game tonight? Will this be a very important factor for you for the upcoming match or matches?

RAFAEL NADAL: Well, have been a good match I think, a good level of tennis. I played I think with the right intensity, right determination, changing a little bit the rhythm of the game, going to the net, using the slice too, playing offensive for a while, sometimes defending.

I think have been a match that had a little bit of everything, no? So was a good variety of tennis, I think, for both of us. So that makes the matches a little bit more interesting in my personal opinion than when the matches are all the time the same, no?

Q. Going into the semifinals, is this the best you have felt in London over the years?

RAFAEL NADAL: No, I was playing good last year too, no, just after the first match. I don’t know. I am playing well, I think. I have one more day tomorrow to keep practicing.

I am having good feelings, but I played some great tournaments too in the past. It’s true I never won, but sometimes you play well and you don’t win, no? That’s normal in this sport because the other players are very good too.

So, no, I am playing well. Yeah, happy to be in the semifinals, of course, and excited. And, yeah, I am looking forward to playing against probably the player who is playing better the last couple of weeks, and I’m excited about that.

Let’s see. Going to be an amazing challenge and I hope to be ready for it.

Q. Daniil has spoken a few times about the match from last year that he and you played. He’s also joked about it in one sense because of the advantage he had in that match before losing. Does what happened 12 months ago come into play this time for when you take him on in the semifinals?

RAFAEL NADAL: Well, it have been a close match I think. Of course at the end have been a very strange end of the match, no? I think it was a good level of tennis for most of the time, but is true that the end I was lucky and he makes a couple of mistakes to close the match.

Yeah, I know it gonna be a tough one. I know I need to play at my highest level. If not, is almost impossible and I hope to be ready to make that happen.