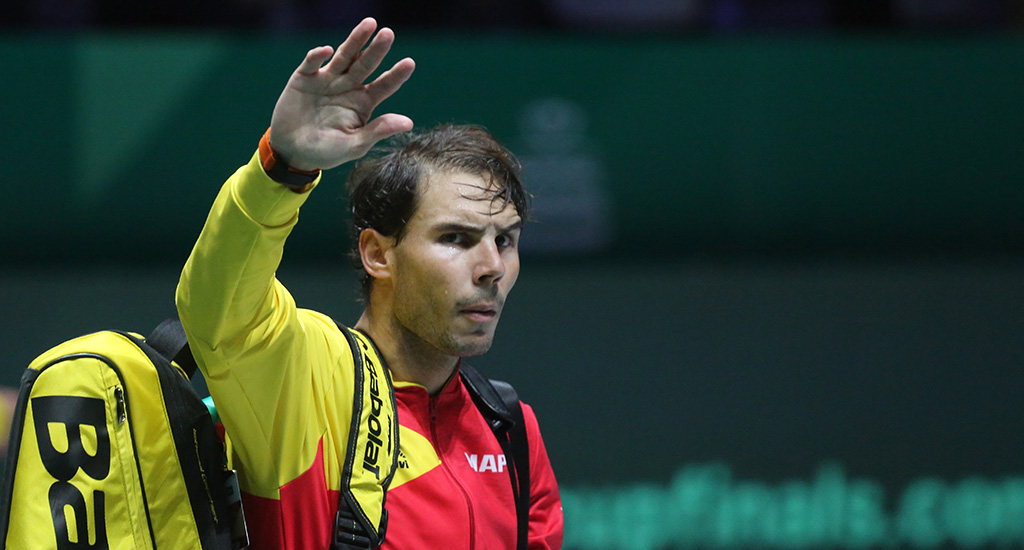 World number one Rafael Nadal came up big just as Spain needed him, pulling double-duty to power them to a 2-1 win over Argentina at the Davis Cup.

The hosts were in trouble when Guido Pella defeated Pablo Carreno in the opening rubber of the quarter-final tie.

However, Nadal stepped up to the challenge, first thrashing top Argentinian player Diego Schwartzman 6-1, 6-2 in the second singles rubber, then teaming with Marcel Granollers to win the deciding doubles match in three tightly-contested sets.

“I had a good singles match, but the doubles came down to a few balls because the game was very close,” Nadal said.

“It’s a great victory, but we don’t have time to enjoy it. We have to rest because tomorrow (against Great Britain in the semi-finals) it will be difficult again.

“It was a must-win match, nothing else mattered.”

Spain lost Roberto Bautista Agut from their team on Thursday due to the death of his father, and Nadal paid tribute to his compatriot after the match.

“The entire team dedicates this victory to Roberto and his loved ones,” Nadal said.

“It’s been a hard time but he is a very strong person, who unfortunately has been living very difficult moments, and even with all that he has been texting us to support us in every moment.

“So I want to thank him for his strength, for the support he has been giving us from the distance, I hope he finds the strength to come back and I just wish him a lot of strength.”