Rafael Nadal rallies to stay on course in Barcelona, but Dominic Thiem crashes out 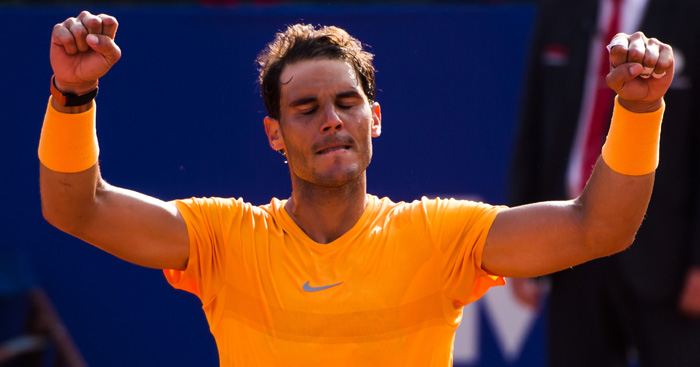 Rafael Nadal remains on course to win a second clay title in two weeks after rallying to overcome Martin Klizan in Barcelona.

Nadal stretched his clay streak to 17 straight wins and 42 successive sets, although he needed to dig deep to fend off Klizen, who had three set points in the second.

However, Nadal showed his mettle to claim a 6-2 7-5 win and set up a semi-final clash with David Goffin.

Elsewhere, Dominic Thiem was upset by rising Greek star Stefanos Tsitsipas, who collected the biggest win of his career with a 6-3 6-2 win over the in-form Austrian.