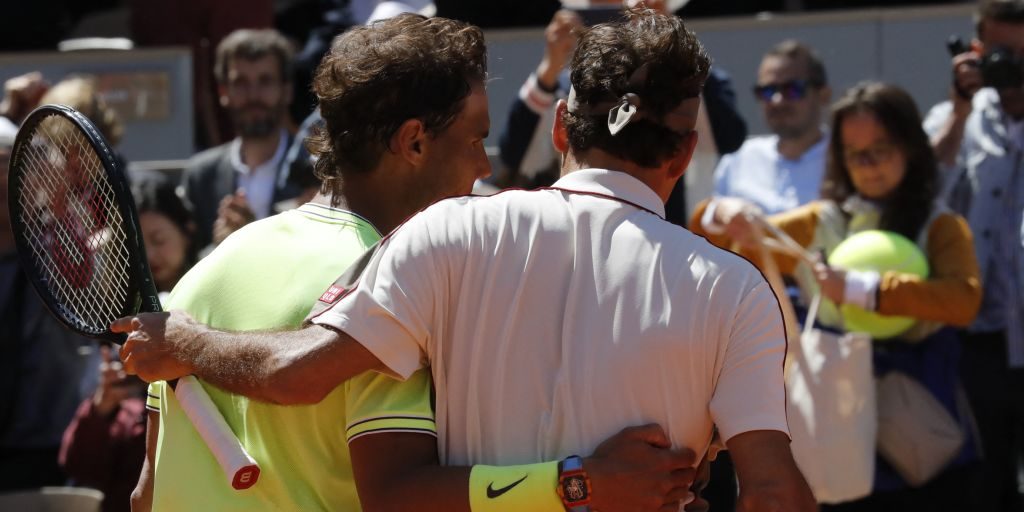 Rafael Nadal says he will not put pressure on himself to beat Roger Federer’s Grand Slam title haul after closing the gap between them.

Federer leads the way with 20 Grand Slam titles, the last of which came at the 2018 Australian Open.

Nadal, though, claimed his 12 French Open crown on Sunday to put him just two behind his great rival with 18.

However, he insists it’s not something he will worry about, fearing to do so would strip him of too much humility.

“If I catch Roger or not, I am not very worried about it,” Nadal said.

“You can’t be frustrated all the time because the neighbour has a bigger house than you, or a bigger TV, or a better garden.

“That’s not the way that I see the life.

“If, by the end of my career, I am able to win a couple of more Grand Slams and be closer to Roger, it will be unbelievable.

“I am going to try my best to keep enjoying tennis, giving myself chances to compete at the highest level and we will see what happens.”