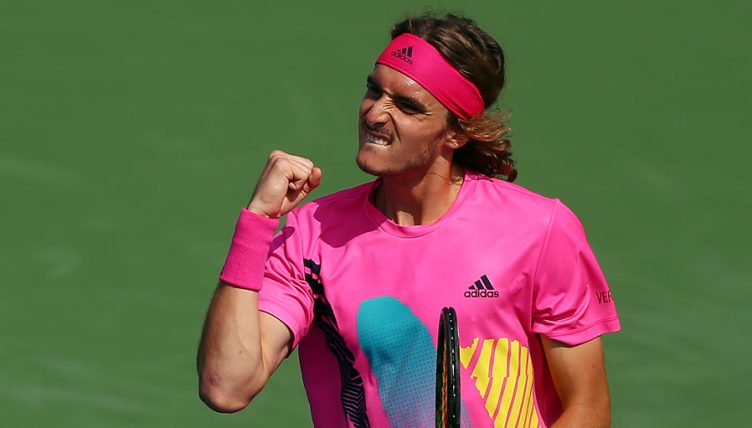 Rafael Nadal will face Stefanos Tsitsipas in the final of the Rogers Cup, the second time the pair have met in a final this year.

World number one Nadal dominated the Greek teen in the final of the Barcelona Open in April, dropping just three games.

And he’ll get a chance to repeat that after easily defeating Karen Khachanov 7-6 6-4 in Toronto.

“Great news,” Nadal said. “Tomorrow is an important match. But, anyway, I think I am happy tomorrow, that I am satisfied with the week.

“Arriving here for me, it was difficult to imagine that I going to be in the final one week-and-a-half after, no?”

He may not have it as easy against Tsitsipas this time around, though, after he defeated Kevin Anderson 6-7, 6-4, 7-6 to became the youngest player to beat four straight top-10 players in an event since the ATP Tour was established in 1990.

VIDEO: Roger Federer trains at night in Cincinnati as he prepares for return.https://t.co/DgDsHqhEXx pic.twitter.com/ghOe6VX1BN

Anderson joins Dominic Thiem, Novak Djokovic, and Alexander Zverev on a hugely impressive list of conquests for the Greek this week.

“Four wins against top 10 players. I would never imagine that I could pull this out in a single tournament,” he said after the win, which will take him into the world top 20.

“I don’t know if I got lucky with all those players, but somehow it happened that I played four top 10 and managed to beat them, which is a huge achievement for me and for my game this week.

“My forehand is on fire at this moment. Hopefully it can remain like this tomorrow because it will be super important for me, the win tomorrow.”