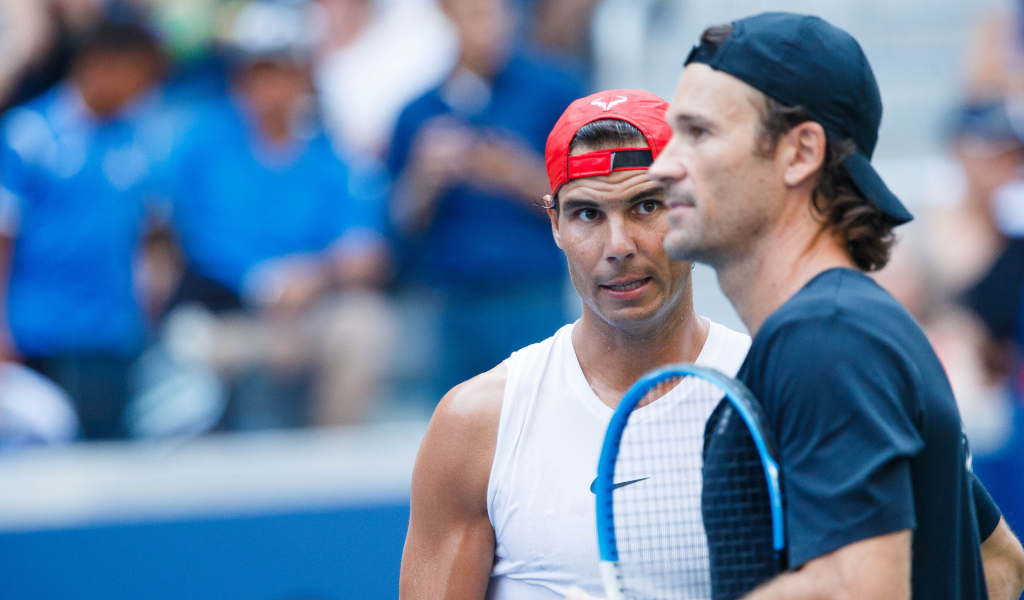 Rafael Nadal is set to make his competitive return at next week’s Paris Masters with his coach Carlos Moya confirming he also plans to compete at the ATP Finals in Turin.

The 22-time Grand Slam winner has not played any singles matches since losing in the fourth round of the US Open against Frances Tiafoe in early September while he also played one doubles match alongside the retiring Roger Federer at the Laver Cup.

His wife Mery Perello gave birth to their first child, a boy, in Mallorca just over a fortnight ago and the Spaniard has remained on the sidelines, although he has returned to the practice courts, giving his fans regular updates on social media.

There had been doubts if he would play again this season, but Moya has indicated that Nadal will use the Paris Masters to get some matches under his belt ahead of the season-ending ATP Finals.

“Before arriving in Turin, you have to play matches in Paris, which are similar,” Moya told IB3 TV.

“Rafa is competitive wherever he is and we go with hope and illusion.”

The Spaniard has struggled with various injuries this season as a rib injury saw him miss the start of the clay-court season while his chronic foot problem resulted in time off after the French Open before an abdominal injury ended his campaign at Wimbledon.

World No 2 Nadal was the first player to qualify for the Turin tournament as he booked his ticket on the back of winning the Australian Open and French Open while he also reached the semi-final of Wimbledon.

In fact, Tiafoe is the only player to beat Nadal in Grand Slams this year as he withdrew from his Wimbledon last-four clash against Nick Kyrgios due to injury.

The 36-year-old, though, has peculiar Paris Masters and ATP Finals records as both trophies are absent from his excellent CV. His best performance in Bercy was in 2007 when he finished runner-up to David Nalbandian on his Paris Masters debut while he was runner-up at the 2010 and 2013 ATP Finals.

The Spaniard has already confirmed that he will tour Latin America once the ATP season comes to an end as he will play exhibition matches against Casper Ruud in Argentina, Colombia, Ecuador, Brazil and Mexico.

The Paris Masters starts on October 31 while the ATP Finals will run from November 13-20 in Turin.

READ MORE: How much is Rafael Nadal’s deal with Nike worth in 2022