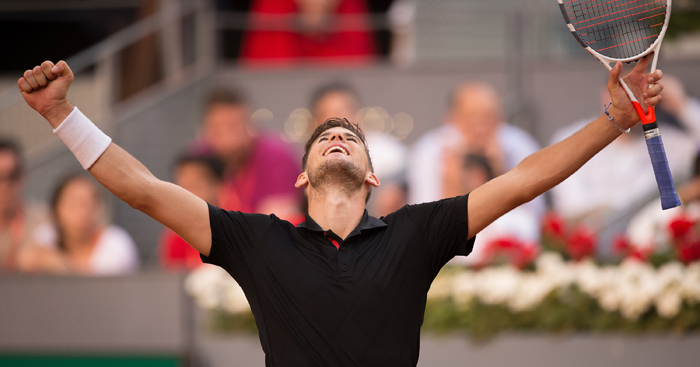 Dominic Thiem produced an inspired performance to send Rafael Nadal crashing out of the Madrid Open.

Nadal entered the match fresh from winning his 50th successive set on clay but fell to a 7-5 6-3 quarter-final defeat to the Austrian.

Nadal’s exit means Roger Federer will reclaim the number one spot when the revised ATP rankings are released on Monday.

Thiem will face Kevin Anderson in the semi-finals after he beat Dusan Lajovic 7-6(3) 3-6 6-3 earlier on Friday.

The other semi-final will see Alexander Zverev facing off against Canadian teenager Denis Shapovalov, who beat John Isner and Kyle Edmund respectively.