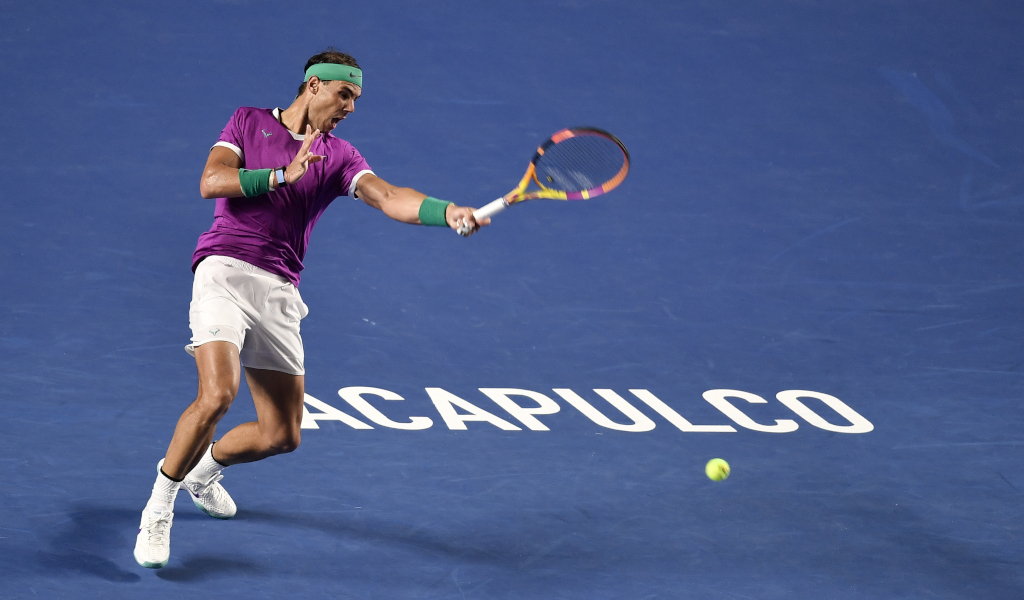 Rafael Nadal went 12-0 to the start of a season for the first time in his career after claiming another impressive win at the Mexican Open, this time defeating a “very smart” Stefan Kozlov.

The world No 5 has already picked up two titles this year as he kicked off 2022 with the Melbourne Summer Set trophy and followed it up with a record-breaking Australian Open title as he became the first man to win 21 Grand Slams.

And after winning his opening match against Denis Kudla in Acapulco comfortably, he followed it up with a 6-0, 6-3 victory over Kozlov to reach the quarter-final.

For the first time in his career, @RafaelNadal starts a season with 12 consecutive wins, defeating Stefan Kozlov 6-0 6-3 at #AMT2022 pic.twitter.com/wFxQ5iP1WG

The opening set took only 32 minutes to complete as the Spaniard broke three times as lucky loser Kozlov was bagelled. The American finally got on the scoreboard in game two of the second set before Nadal broke in game four.

Kozlov then had a bit of joy in game seven as he got back on serve when Nadal hit a backhand volley into the net, but it was short-lived as the second seed broke again in the next game.

“A little bit of a strange match,” Nadal said after his win. “Kozlov has a different style than most other players, so you need to be very careful. Sometimes you are able to win points in a row, but then if you start to play at his rhythm, it’s very difficult because he has great control from the baseline and he’s very smart.”

He added: “Always it’s important to win as quick as possible, but the most important thing is to win. Tonight has been straight sets, that’s great news, and I’ll try to be ready for tomorrow again against a tough opponent.”

The Spaniard will face Tommy Paul in the last eight after the American defeated Dusan Lajovic while a semi-final against top seed Daniil Medvedev, the man he beat in the Australian Open final, is projected.