Rafael Nadal v Novak Djokovic: The permutations in the battle for the year-end No 1 ranking 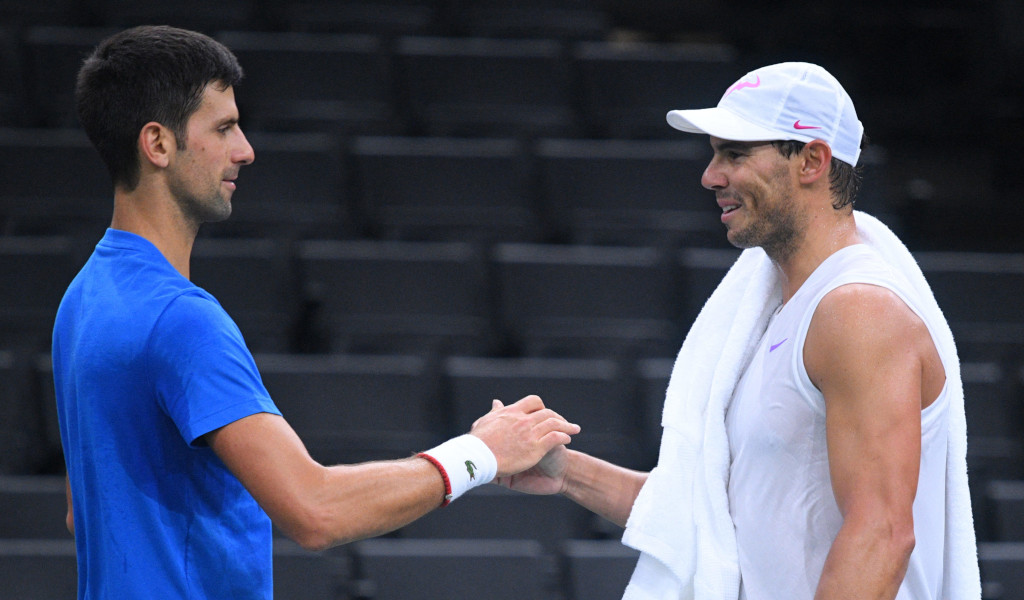 Rafael Nadal is the man in the saddle when it comes to the ATP Tour’s year-end No 1 ranking, but it will be a tight fight with Novak Djokovic in terms of who finishes the 2019 season at the top.

Spaniard Nadal reclaimed the world No 1 ranking this week, bumping Djokovic down a spot after the Serb had led the way since November 5 last year.

Djokovic, though, cut the lead to the top to 640 points by winning the Paris Masters with only one tournament still to go, but but the season-ending ATP Finals points distribution is a little more complicated.

If you go through the tournament undefeated then you could pick up 1,500 points.

Here are some scenarios:

* If Nadal wins all three round-robin matches (600 points) and finishes as runner-up (400 for semi-final win) to Djokovic, then the Spaniard will keep the No 1 ranking as his points tally will increase by 1,000 plus the 640 lead he currently has while Djokovic will only add 1,500 to his total.

* If Nadal fails to win a single match in the round-robin phase, then Djokovic can secure the No 1 ranking by winning two matches in Group Bjorn Borg (400) and simply reaching the final (400 for semi-final win).

* If Nadal wins the tournament undefeated then he will stay top, just in case you were wondering.

* If Djokovic wins the tournament undefeated then the only way Nadal can stop him from going top is by reaching the final.

Read more about the draws for Group Andre Agassi and Group Bjorn Borg as well as the schedule for the first two evenings of singles action.