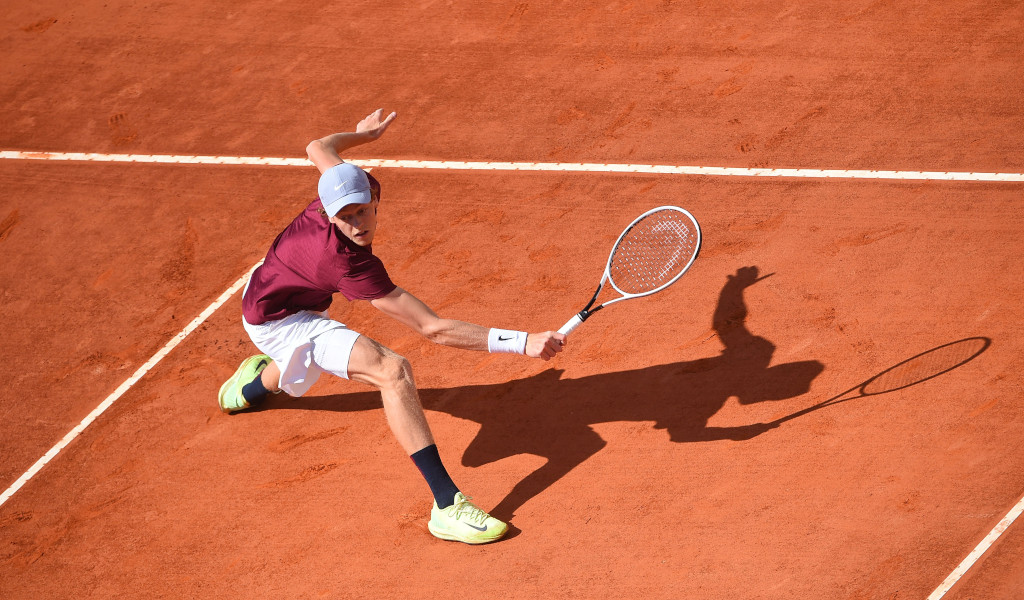 He took a lot of positives from his own performance, but Rafael Nadal had nothing but praise for Jannik Sinner after beating the teenager at the Italian Open.

The highly-rated Sinner gave as good as he got before going down 7-5, 6-4 against the 20-time Grand Slam winner in a contest that lasted more than two hours.

The quest for a 10th Rome title is ON! 🇮🇹@RafaelNadal comes through 7-5 6-4 against an impressive Sinner.

Sinner twice led on serve in the opening set as he broke in games one and five, but was pegged back immediately by the veteran before a late break earned Nadal the set.

It was a repeat story in the second set as he held a 3-1 lead before breaks in games eight and 10 set up the win for the Spaniard.

After the match Nadal highlighted the 18-year-old’s strengths.

“I think Jannik is a very complete player,” he told ATP Tour. “He’s still improving all the time. You can’t appreciate the improvement in one day.

“To see the improvements of players, you need to follow them [for many] tournaments in a row. You follow him and you see that his level is higher and higher all the time.”

He added: “He has a great backhand and a great forehand, too. I think I tried to… hold [the baseline] well, not going back too far from the court. If [you do that], you are dead. I think I held well the position on court.

“I hit some very good forehands, cross-courts too to avoid his great backhand cross, and then he has a great change down the line. I think I did that well.”

Nadal, who will face Denis Shapovalov in the third round, was pleased with his own day at the office.

“[It was] a positive match for me. I think I did a lot of things well. I played a solid match,” he said. “[I am] happy in [that there were] a lot of positive things against a very tough player like Jannik. Very pleased with the victory.”