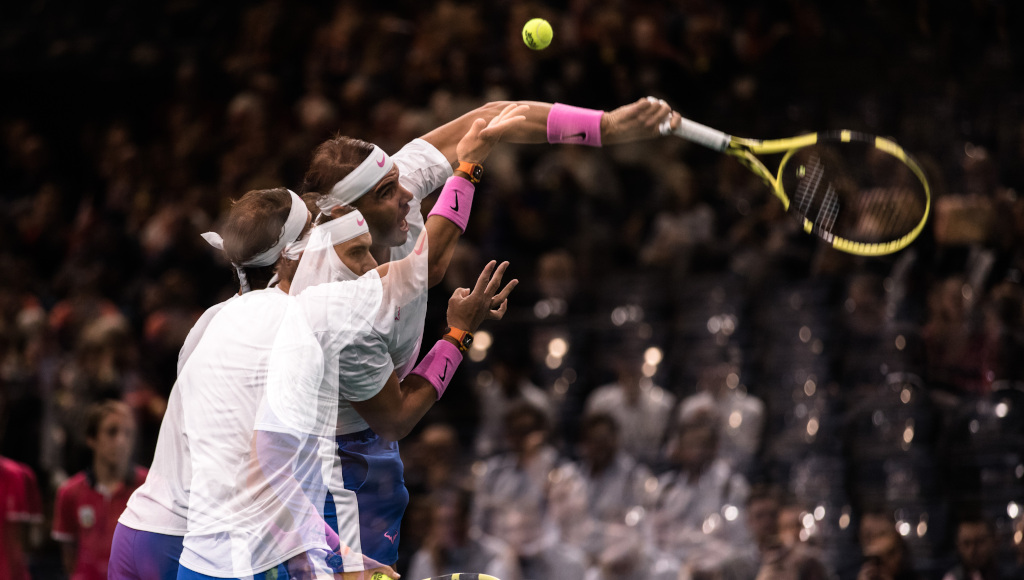 Rafael Nadal “played at the right level” to see off Adrian Mannarino in the second round of the Paris Masters and set up a clash against Stan Wawrinka.

In action for the first time since the Laver Cup in September, Nadal did what he had to do against the French wildcard as he secured a 7-5, 6-4 victory.

The Spaniard d. Mannarino 7-5 6-4 to set a R3 clash with Wawrinka.#RolexParisMasters pic.twitter.com/QdTcB0bRrS

The 19-time Grand Slam winner, who is looking to win the title in Bercy for the first time, broke in game 12 of the first set and game 10 of the second.

“I know how dangerous Adrian is in this court. The court here is fast, the bounce is low, so I think is a perfect court for him,” Nadal said.

“So I went on court knowing it [was] going to be very tough one. I needed to play well, and I think I did. My serve worked very well during the whole match. I think I played at the right level.

“Not easy to come back on the Tour after a while without being on the Tour. And playing in this surface… and against a very dangerous opponent, in the first round for me, second for him. So [I’ m] very happy with the victory.”

He will face three-time Grand Slam winner Wawrinka for a place in the quarter-final after the Swiss got the better of Marin Cilic, winning 7-6 (7-3), 7-6 (7-5).

“Tomorrow is another day, another tough match against Stan,” Nadal said of the upcoming clash against Wawrinka.