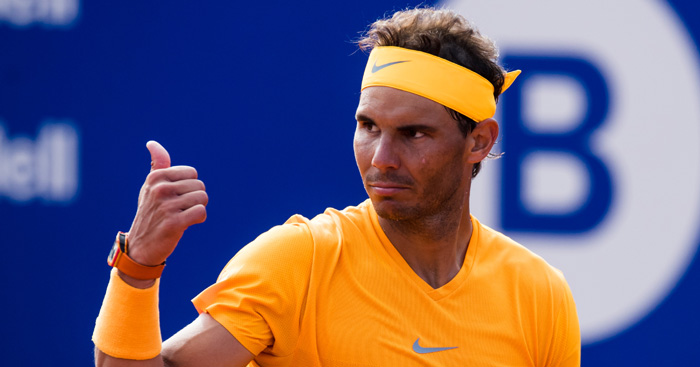 Rafael Nadal powered into the Barcelona Open final after winning his 400th match on clay.

The Spaniard beat David Goffin 6-4 6-0 to set up a final clash with Greek teenager Stefanos Tsitsipas on Sunday.

He becomes the first Greek player to reach an ATP Tour final since Nicholas Kalogeropoulos in Des Moines in 1973.

“I played I think my best match of the tournament so far, no doubt about that,” said Nadal.

“It was a great first set in my opinion. Both of us played at a very high level.”