‘That was rare,’ says Andy Murray as he reveals in-depth chat with Frances Tiafoe after Antwerp epic 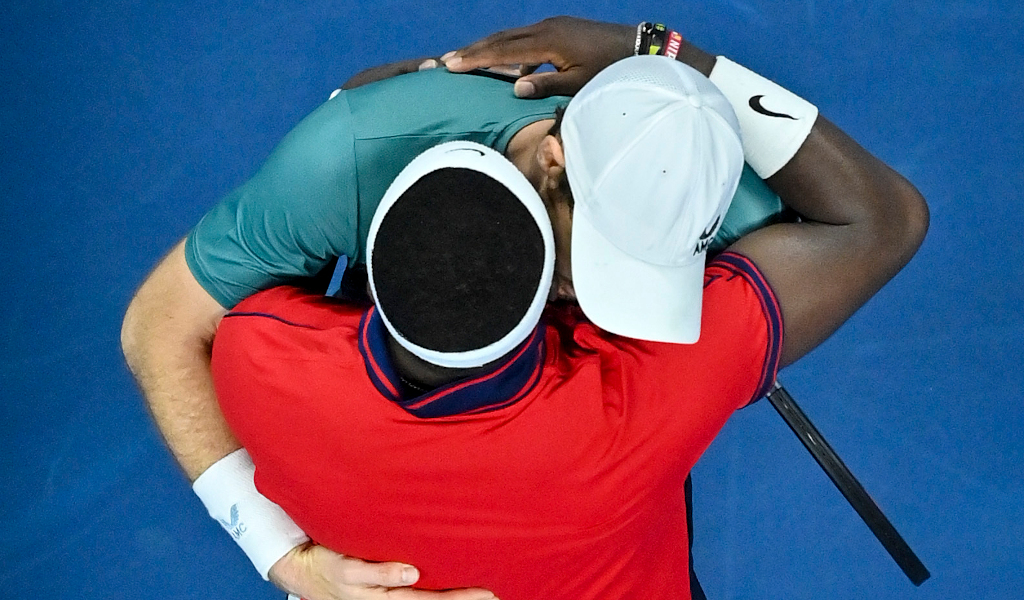 They slugged it out for three hours and 45 minutes in Antwerp, they embraced for a long period after the match and then Andy Murray and Frances Tiafoe had a long chat in the lockeroom about tennis.

It is moment that will live long in the memory of Murray with the former world No 1 admitting that it is not something he does regularly.

The embrace at the end was already special after such a titanic clash, but then the pair shared a “rare” moment in the lockerroom.

“I think maybe once I’ve had that conversation… twice, but very short after matches in the locker room,” Murray revealed.

“Once was with Melzer at the US Open after I beat him in five sets and we chatted a bit about the match, and then once after playing Jarkko Nieminen because we were waiting to speak to the Queen after we played. We were sort of standing next to each other, so we had a chat about the match.”

He added: “[I had] a long chat with Frances afterwards so I’ll probably remember that and then the embrace at the end. I guess so much went into it that I don’t remember loads of points in the match, but obviously the end was special.

“I’ve never played a match like that on the Tour really… In the locker room we had a much more in-depth chat about tennis, not so much the match… That was kind of rare I would say.”