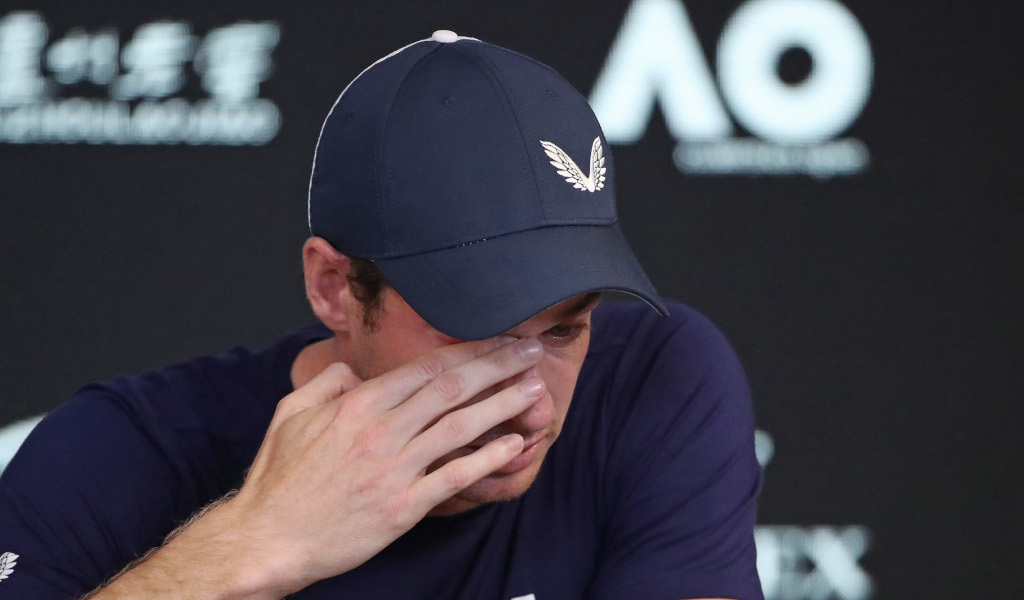 The tennis community has paid tribute to Andy Murray after he announced he is to retire from tennis with Juan Martin del Potro and Billie Jean King leading the way.

Juan Martin del Potro knows a thing or two about struggling with injury.

Andy, just watched your conference. Please don’t stop trying. Keep fighting. I can imagine your pain and sadness. I hope you can overcome this. You deserve to retire on your own terms, whenever that happens. We love you @andy_murray and we want to see you happy and doing well. 🙏

.@andy_murray You are a champion on and off the court. So sorry you cannot retire on your own terms, but remember to look to the future. Your greatest impact on the world may be yet to come. Your voice for equality will inspire future generations. Much love to you & your family. https://t.co/AQUOP3LGec

My heart breaks listening to @andy_murray during his press conference… Hope he will make it through to Wimbledon and have the farewell he deserves . #greatguy

Tennis will come to an end for us all but the friendships will last a lifetime. What you’ve done for the sport will live on forever. I’m hoping for a strong and healthy finish for you, my friend! @andy_murray pic.twitter.com/Bcs0cdllJp

My thoughts are with @andy_murray and I really hope we continue to see you fighting on court so you can retire on your own terms. Get well soon… Tennis is better with you. pic.twitter.com/0z1401hKXe

Former world No 1 Andy Roddick calls him one of the “best tacticians in history”.

If this is true, I tip my cap to @andy_murray ! Absolute legend. Short list of best tacticians in history. Unreal results in a brutal era …… Nothing but respect here. I hope he can finish strong and healthy https://t.co/FZbwmvRC2r

Just thinking out loud here. He deserves his moment to say goodbye at Wimbledon. He’s too important to Great Britain and Wimbledon history to not have it….. Would be a pretty cool moment to play doubles w his bro at Wimby if he can’t play singles https://t.co/m7caeL2shX

The Rafa Nadal Academy will certainly miss him.

Andy Murray announced he will retire this year. You don’t know how much we are going to miss you, @andy_murray! 😢 You are an example of a great athlete and person. 😘 pic.twitter.com/5crbArh7N5

Australia's @bambamsam30 is one of many players saddened by the news. pic.twitter.com/Kf2ac2iDVb

New US Open Davis Cup captain is confident Andy Murray will make it to Wimbledon.

The @andy_murray that I know will absolutely make it to Wimbledon to play his final tournament. Not many with more heart, effort in the history of the game. Was always a pleasure to share the court pal.

The up and coming Karen Khachanov.

Really sad to hear that @andy_murray 😢You are a true champion of our sport and great example for all of us!Stay strong 🙏🏻 https://t.co/Bw8ZIF0QUM

When you search for examples of “emptied the bucket to be as good as they could be” there should be a picture of Andy Murray sitting under that quote. Remarkable discipline for training, competition, sacrifice, perfection, a little crazy 😃 but a legend of a bloke. Bravo Andy 👏

And from tennis fans.

Sad seeing #AndyMurray announce he is likely done. Loved watching him at the US Open, He could be both frustrating & inspiring at the same time but you knew more often than not he would find a way to win. He made us use Scotland & Tennis in the same sentence. Thank you Andy. 😥 pic.twitter.com/3Kso6rxzfL

Very sad to see #AndyMurray career cut short. My favourite sports man outside of football, the ultimate competitor who in an era of 3 of the greatest of all time found a way to win 3 Grand Slams, 2 Olympic titles and a Davis Cup. A man that got everything out of his ability

FYI I’m sat at 4am in my bedroom sobbing my heart out watching the retirement press conference in Australia. That’s what he means to me. I woke up knowing something was wrong. Or jet lag. Or both. #AndyMurray

Andy has shocked the tennis universe by announcing that the upcoming Aus Open may be his final tournament.
The man who ended 77-year drought for British at Wimbledon.
Sorry you can't retire on your own terms, Andy. 🙏#AndyMurray #AusOpen #atp pic.twitter.com/QdAFckMnCR

When you google the phrase class act in future, the search engine, indeed any search engine, should first and foremost come up with a picture of #AndyMurray