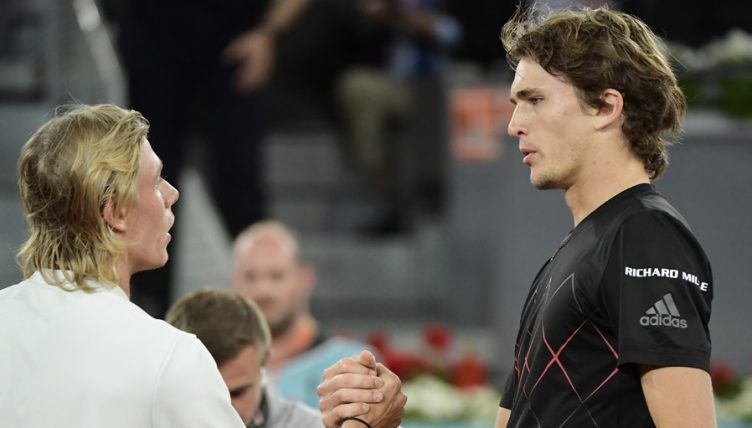 Rafael Nadal has named Denis Shapovalov and Alexander Zverev as the players he expects to replace himself and Roger Federer at the top.

The world number one has dominated the game with Federer for over a decade, with no one able to break their hold on the ATP Tour.

However, with both players now in their 30s, Nadal says it is inevitable that younger players will begin to dethrone them.

“I’m not going to name them all, but there are many out there right now who I think are particularly special, and they are obviously going to replace us.

“It’s either because they are going to just be better than us in a short time or because logic dictates that age will eventually catch up to us.

“Our era was particularly exceptional, when a series of players dominated the tour for years, at the highest level of tennis, at the biggest tournaments.”